California Gov. Gavin Newsom announced Friday he’s pardoning three immigrants who've been convicted of crimes as part of an effort to protect them from deportation to their home countries.

The three men -- originally from El Salvador, Iran and Cambodia --- broke the law as teens or young adults, served their sentences and have taken steps to rehabilitate themselves, the governor’s office said.

But Newsom’s pardons do not completely shield the men from deportation. The move instead erases the mens' criminal records to prevent past offenses from being considered in their deportation cases. All three men live in Los Angeles County and were brought to the U.S. legally as children, the governor’s office said.

“The Governor regards clemency as an important part of the criminal justice system that can incentivize accountability and rehabilitation, increase public safety by removing counterproductive barriers to successful reentry, and correct unjust results in the legal system,” a news release said.

The governor, a Democrat, pardoned 38-year old Victor Ayala, who in 2001 at age 21 was convicted of felony robbery and sentenced to probation for pushing a security guard while shoplifting from an electronics store, The Sacramento Bee reported. He also had four prior misdemeanor convictions for theft and a hit-and-run in which no one suffered injuries, Los Angeles' KTLA-TV reported.

According to the governor’s office, Ayala’s parents brought him legally into the U.S. from El Salvador when he was 2. He is now a father of three who owns a carpet-cleaning business.

Newsom also pardoned 41-year-old Thear Seam, who at age 18 was convicted of robbing a man’s wallet and backpack. He was convicted as an accessory the next year after leading police on a high-speed chase while helping another man, a car thief whole stole a separate vehicle, evade arrest, KTLA reported.

Seam entered the U.S. legally as a 4-year-old refugee fleeing Cambodia from the Khmer Rouge. His wife and daughter are both U.S. citizens and he’s worked for 17 years at an aviation company.

The third immigrant to be pardoned was Arnou Aghamalian, 42, who as a 22-year-old in 1999 was convicted of helping his cousin set a nightclub owner’s unoccupied car on fire after a dispute. Newson’s office said Aghamalian entered the U.S. with his family at age 15 as a refugee from Iran. He and his wife are the parents to newborns twins. He now owns a solar energy company.

In addition to pardoning the three immigrants, Newsom pardoned a fourth man, 59-year-old Curtis Reynolds of Sacramento Country, who was convicted of six drug felonies including possession for sale between 1998 and 2003, The Bee reported. Newsom said since his convictions, Reynolds has dedicated his life to volunteering to help those struggling with addiction.

Newsom also commuted the sentences for two men previously facing life in prison. Esdvin Flores, 44, has served 20 years behind bars for robbing a woman at gunpoint at age 23. Jensen Ramos, 35, has served 17 years for attempted murder after firing at a car fleeing a brawl at a house party when he was 17. The governor’s office said both men have taken steps to rehabilitate themselves from behind bars. The commutations make both eligible to enter into parole hearings. 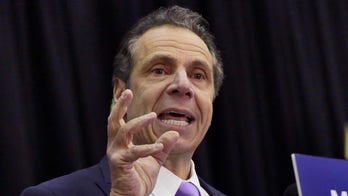 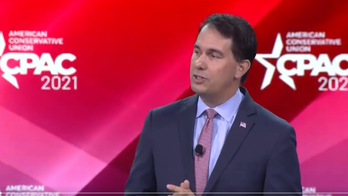