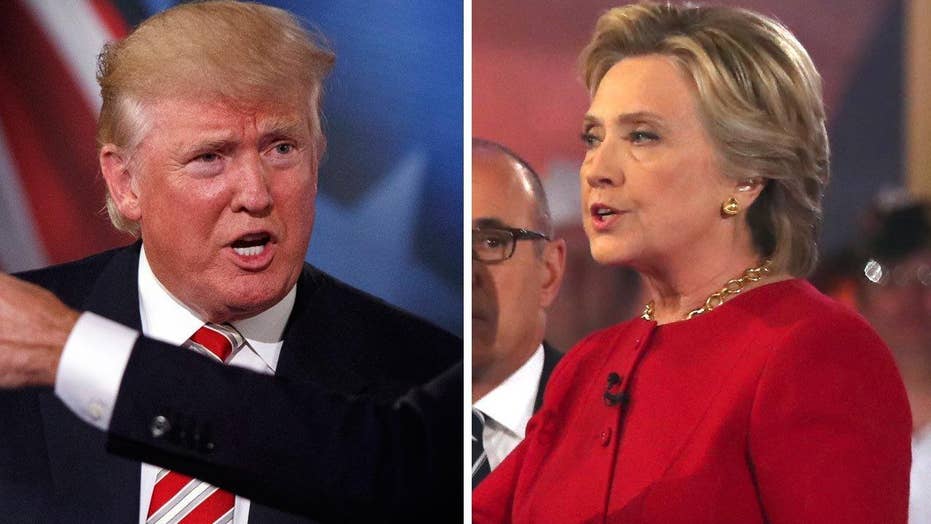 Trump and Clinton asked to defend positions on Iraq War

While Hillary Clinton and Donald Trump each generated headlines about comments made Wednesday night at a candidates’ forum, the buzz Thursday morning was more about a report claiming Clinton relied on a “micro” earbud as she fielded questions about national security — a claim her campaign vigorously denied.

The website True Pundit quoted unnamed New York police sources saying Clinton was wearing an “inductive earpiece” during the NBC forum hosted by Matt Lauer. The website described the unit as the kind of tech used by stage actors in need of prompting to recite forgotten lines.

The frenzied Internet speculation was a throwback to accusations George W. Bush faced after debates in the 2004 campaign that he was wearing a device that may or may not have been used to feed him answers – after photos appeared to show a bulge under the back of his suit jacket.

Bush officials rejected the speculation at the time, and Clinton officials now are doing the same.

In both cases, the candidates had to contend with suspicious-looking photographs. True Pundit published a zoomed-in image of Clinton’s left ear showing a shiny reflection purported to be a stealth communications device.

The site claimed to be quoting NYPD sources involved in the forum’s security detail. True Pundit reported that such technology could be used to receive cues from a long distance.

But Clinton spokesman Nick Merrill said what is seen in the photo is merely a reflection of the TV lights or a flash.

Both Clinton and Trump were dealing with fallout Thursday from the forum, which essentially served as a warm-up to the presidential debates that begin later this month.

Clinton, speaking to the press before heading to North Carolina on Thursday, slammed her Republican opponent for his praise Wednesday night of Vladimir Putin and his comments about America’s military leaders.

At the forum, Trump said the generals under the Obama administration have been “reduced to rubble” and suggested he would shake up the top ranks.

“What would Ronald Reagan say about a Republican nominee who attacks America’s generals and heaps praise on Russia’s president? I think we know the answer,” Clinton said.

As of Thursday, there already are 4,460 U.S. troops on the ground in Iraq, according to the Pentagon – with 400 having arriving over the Labor Day weekend. There are roughly 300 U.S. special operations forces on the ground in Syria.