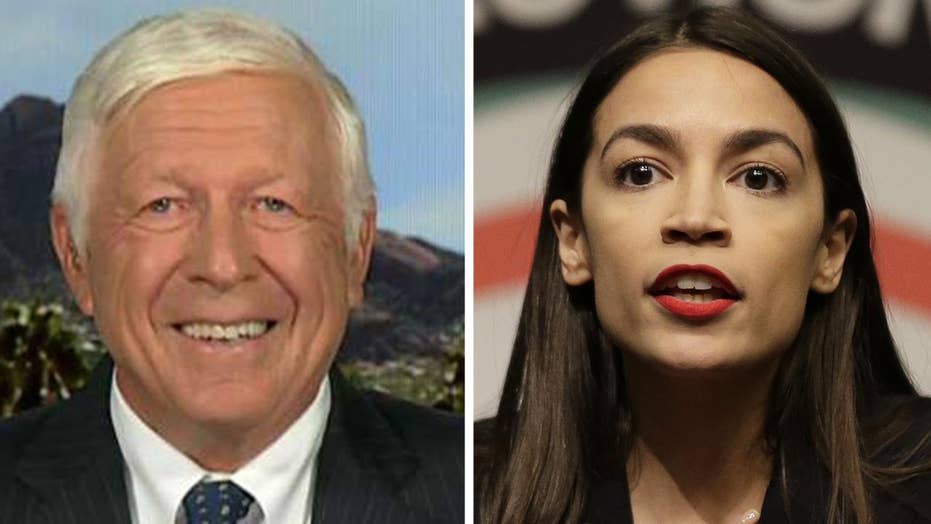 The businessman who invited Rep. Alexandria Ocasio-Cortez, D-N.Y., to dinner to talk about the positives of the free market called Democratic presidential candidate Pete Buttigieg “a joke” after he suggested that Democracy was “slipping away” and conflicting with capitalism.

“What a joke. I mean he should have been at that dinner also. ... These young kids that got the scholarships because they went to great heights and succeeded in high school from unbelievable backgrounds,” Foster Friess, a former investment firm CEO and Republican candidate for governor of Wyoming, told “The Story.”

Buttigieg's comments came on Sunday's edition of NBC's "Meet the Press." It was there that the candidate, mayor of South Bend, Ind., said: "America is a capitalist society, but it has to be a democratic capitalism. That is really important and it is slipping away from us. When capitalism comes into tension with democracy, which is more important?"

"I believe democracy is more important,” he said.

Friess said democracy isn’t slipping, and that Buttigieg may be trying to rile people by saying otherwise.

“Maybe it's a political thing to get people stirred up, but it ain't happening,” Friess said.