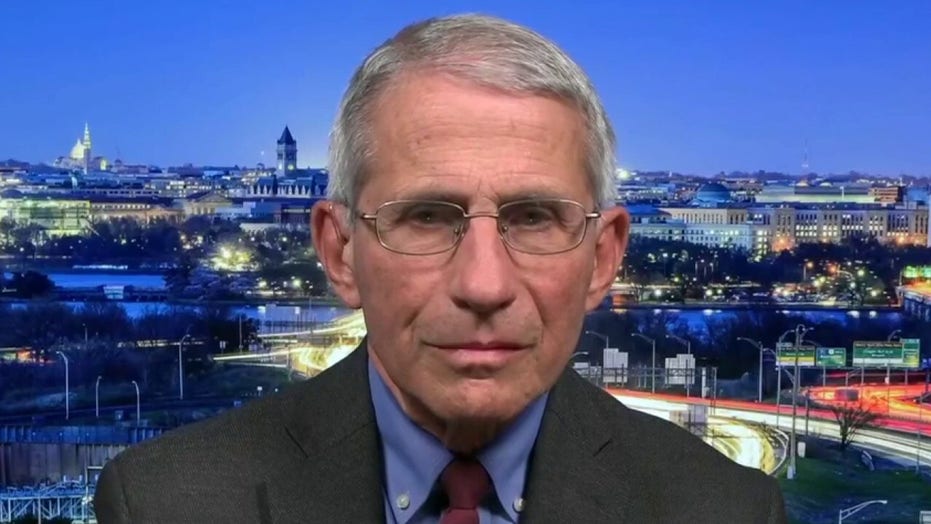 Members of Congress are warning constituents to wash their hands. Avoid large congregations of people. Perhaps, even stand away from persons in conversations.

And so on Tuesday morning, more than 200 House Democrats and dozens of aides squeezed, chair-to-chair, into a basement room of the Capitol for a briefing on coronavirus from U.S. Capitol Attending Physician Dr. Brian Monahan and House Sergeant at Arms Paul Irving.

Beltway detractors often decry that things are “business as usual” on Capitol Hill. But with the coronavirus threat, things are really “business as usual” now. Business as usual means lots of meetings and tours in Congress. The Capitol has utterly pulsed with tourists the past few days. In fact, several lawmakers and at least one top aide remarked to Fox they don’t recall the Capitol complex teeming with so many people. 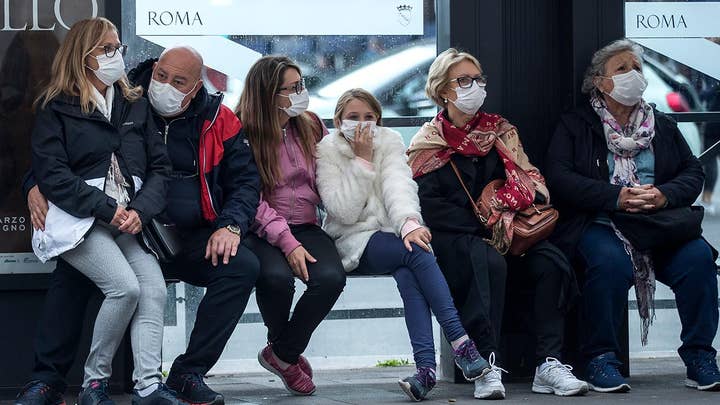 Hearings and markup sessions for legislation continue. Clusters of lawmakers perch atop daises. A Senate Armed Services Committee hearing on the nomination of “Matthew P. Donovan of Virginia, to be Under Secretary of Personnel and Readiness” at the Pentagon. A House Agriculture Committee meeting on “H. Res. 742, Recognizing the continued success of the Food for Peace Act.”

Votes continue on the House and Senate floors, cloistering hundreds of lawmakers in the same space at the same time.

The five major American sports leagues have shuttered locker rooms and clubhouses to reporters because of coronavirus fears. I mean, you can’t have toxic scribes spreading germs around LeBron James or David Pastrnak with the NBA and NHL playoffs just around the corner. But on Tuesday afternoon, a clutch of reporters, photographers and camera operators wedged themselves, shoulder-to-shoulder, in the Ohio Clock Corridor just off the Senate floor. President Trump came to the Capitol to lunch with Senate Republicans in the Mike Mansfield Room.

Later in the day, reporters and aides rubbered around lawmakers in the Speaker’s Lobby by the House floor and in the Senate subway station. When pressed about possibly altering the Congressional schedule, House Speaker Nancy Pelosi (D-CA) told concerned Democrats, “We are the captains of the ship. We are the last to leave.”

But Pelosi’s rallying cry didn’t stop the fretting by some lawmakers and aides. A few individual Congressional offices are deciding to shutter.  The office of Rep. Ted Lieu (D-CA) on the 4th floor of the Cannon House Office Building posted a sign on the door that it was “not open to visitors or guests at this time.”

Some House chiefs of staff debated as to whether or not they should implement telework protocols next week during the Congressional recess. A few offices signaled they were reluctant to do so unless given direct guidance by the Speaker. Some offices don’t have their telework scenarios fully in place yet. Multiple lawmakers told Fox they are baffled that Congress doesn’t have an automatic telework system, ready to go, nearly two decades after 9/11.

“This should have been taken care years ago. Years…A…Go…,” fumed one aide, enunciating each syllable.

Senate Majority Leader Mitch McConnell (R-KY) sidestepped a question about whether the Senate should be concerned about meeting with a number of elderly senators.

“If we have anything to add on that, I’ll let you know,” intoned McConnell, quickly pivoting to a question about nominations.

Senate Appropriations Committee Chairman Richard Shelby (R-AL) is 85 years-old. Shelby noted that many medical professionals cautioned senior citizens against extensive air travel. Shelby says he will still fly back and forth to Alabama. But lawmakers have already canceled many official overseas Congressional trips scheduled for the upcoming Congressional recess. Shelby said he was slated to meet with the cabinet of British Prime Minister Boris Johnson in London and NATO officials in Brussels. But not now.

“It’s not my expectation we will recess early or extend the recess,” said House Democratic Caucus Chairman Hakeem Jeffries (D-NY). “Congress is the heart and soul of our democracy.”

Multiple sources tell Fox that lawmakers are very concerned about sending a shock through the country if Congress modified its operations.

“That would send the market down further,” said one aide who asked not to be identified.

Some lawmakers are worried about optics. They can’t be seen rushing to protect themselves and those who work on Capitol Hill. But a lot of what Congress appears to do on a daily basis seems to fly in the face of general health guidance given by medical professionals right now.

One lawmaker said members have “a moral obligation” to protect themselves and the public. The lawmaker said that could range from self-quarantining to closing offices or limiting travel.

“There is health issue for us flying back and forth,” said Rep. Pramila Jayapal (D-WA), who represents a region hit hard by coronavirus. “I understand there are a lot of real considerations about the way Congress operates and sending us all home.”

Jayapal wonders if it may be too late for Congress to act.

Jayapal disputed assertions that Congressional leaders were “asleep at the switch” when it came to addressing coronavirus on Capitol Hill.

“Believe me, everyone is wide awake,” said the Washington Democrat. But Jayapal says Congress needs to consider alternatives for lawmakers to conduct their business.

Rep. Don Beyer (D-VA) announced Tuesday night he and his wife were self-quarantining after exposure to someone who tested positive for coronavirus while at dinner. Beyer says his offices will shutter during the period.

Rep. Louie Gohmert (R-TX) interacted with a person at CPAC who later developed coronavirus. Gohmert says a CDC doctor told him he’s OK. On Monday night, Gohmert paraded a massive group of students through the Capitol on an evening tour.

Despite thrusts of people touring the Capitol this week, a number of Congressional offices tell Fox that some groups have canceled meetings or “fly-ins” to Washington to visit with lawmakers.

There is also conversation about a middle ground.

Could Congress remain in session, conduct its work, but curb some hearings? Limit public tours? Ration meetings? Just require essential staff to come to the office?

“Telework is continuity of government,” said Rep. Gerry Connolly (D-VA). “We’re going to do the people’s business. But we want to limit exposure so we can continue to do business. Promote telework. A lot of staff can do their jobs away from here. They don’t have to be here every day.”

We hear the term “flatten the curve” regularly from the medical community when it comes to the coronavirus. The concept is to stretch out the demand for the treatment of coronavirus. In other words, suppress coronavirus so that there are say, 100 cases in two months rather than 100 cases in one month. That enhances treatment options.

Connolly suggests Congress could “flatten the curve” as well. For instance, the House conducted two roll call votes Tuesday afternoon. One vote was on, of all things, proposals to modernize Congress. The other to simply approve the day’s “Journal of Proceedings.” The House frequently ditches the “Journal” roll call vote – conducting it as a “voice” vote. That’s where lawmakers simply shout “yea” or “nay.”

“That is not an essential vote,” said Connolly of the Journal.

Connolly says the House should only vote on crucial things right now. And, when there is a floor vote, why not extend it beyond the usual 15 or 20 minutes? How about an hour? That way, rather than filtering all 430 current members of the House to the floor at the same time, elongate the vote so only 40 or 50 members are in the chamber at once?

But none of that’s in the cards now.

Things may be unsettling on Capitol Hill. In the meantime, some aides are preoccupied,  wrestling with new laptop for telework. They need to print out a sign for their office door, warning visitors not to shake hands with anyone inside.