Republican Sen. Richard Burr defended President Trump on Tuesday by saying he has “every right under the Constitution” to nominate an individual to the Supreme Court vacancy left by late Justice Ruth Bader Ginsburg, adding that he believes the Senate should consider that nominee “as early as possible.”

Burr, R-N.C., came out in support of the Senate taking up the president’s eventual nominee as the math is tipping in favor of Trump and Republicans who want to replace Ginsburg with a conservative justice.

“The President has every right under the Constitution to nominate the individual of his choosing to fill the current Supreme Court vacancy,” Burr said in a statement Tuesday. "The Senate’s role is to provide its advice and consent."

Burr went on to say that, “in this instance, unlike 2016, Americans voted to ensure the Senate and Presidency are both held by the same party.”

“I believe the Senate should consider President Trump’s nominee as early as possible and I intend to carefully review their qualifications once that individual is named,” Burr said.

Burr’s comments come as Senate Majority Leader Mitch McConnell, R-Ky., and Republicans are vowing to give the president’s eventual nominee a vote on the floor of the U.S. Senate.

Democrats have been referring to the controversy surrounding the confirmation of former President Obama’s Supreme Court nominee, D.C. Circuit Court of Appeals chief Judge Merrick Garland, to fill the seat of the late Justice Antonin Scalia in 2016.

After the nomination, McConnell and Senate Republicans refused to hold a hearing or a vote on Garland’s nomination, at the time citing the imminent 2016 presidential election.

But McConnell has said that there is no comparison between 2016 and today, saying that in 2020 Republicans control both the White House and the Senate, unlike 2016, when Democrats only controlled the White House. 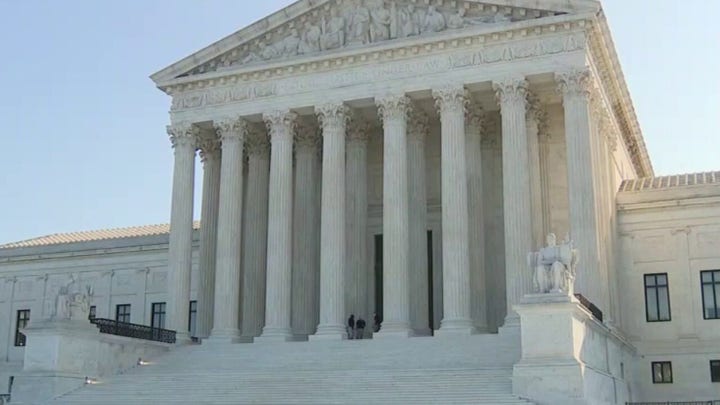 McConnell’s office also pointed to eight of those 15 times, voters had chosen a Senate majority of the same party as the president, to which seven of those eight nominations were confirmed.

“The only such nominee who was not confirmed faced bipartisan opposition over serious questions of judicial ethics and personal finances,” McConnell Communications Director David Popp said. “Apart from that strange exception, no Senate has failed to confirm a nominee in the circumstances that face us now.”

Meanwhile, President Trump said Tuesday that he'll announce his choice for the Supreme Court this Saturday at the White House.

At this point, only two Republicans — Sens. Susan Collins, R-Maine, and Lisa Murkowski, R-Alaska — have said they oppose moving ahead with a nomination ahead of the election.