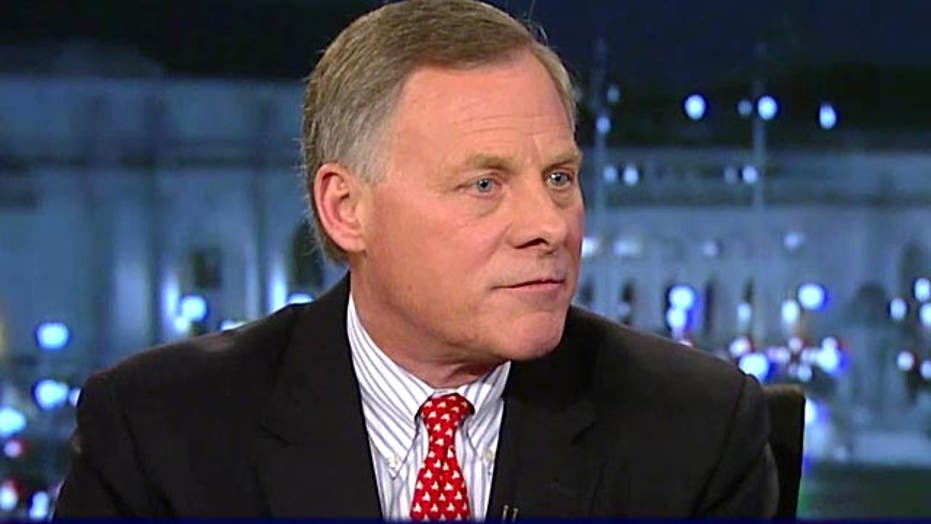 Burr: “I have greater fears today

Burr: “I have greater fears today about something happening in the homeland than at any point after 9/11”

Senator Richard Burr (R-NC) told viewers Thursday on “Special Report with Bret Baier”  that in addition to the threat posed to the United States by the terrorist organization ISIS “in 14 years of serving on the Intelligence committee, either in the House or the Senate, I have greater fears today about something happening in the homeland than at any point after 9/11."

Burr, chairman of the Senate Select Committee on Intelligence noted reports of successes by the U.S. led coalition against ISIS in the region may be over stated by the White House: “for every one ISIL fighter we kill, three come over the Turkish border as new recruits. They've got money, they've got something to sell, which is terrorism, barbaric terrorism and we hope that they run out of recruits to go after.”

Burr explained his heightened concerns regarding threats as a factor of the evolving nature of potential terrorists both abroad and at home: “I've got more fears today, just simply because we're against a different enemy. We're against one that we might not be able to pick up the effort of a set of brothers like we saw in Paris. That, now, as we look back, there was ever reason to watch these folks very carefully.

“We're the best in the world, make no mistake about it, but we're not perfect. That's what scares me.”