A day after Jeb Bush called for her to resign, Broward County Supervisor of Elections Brenda Snipes said "it is time to move on" from her role overseeing the Florida county office.

Snipes has been facing mounting criticism as Florida's Senate and gubernatorial elections have been locked in a ballot-counting battle.

Elected in 2016 to a four-year term, Snipes she thinks she's "served the purpose that I came here for, which was to provide a credible election product for our members," the Sun-Sentinel reported. 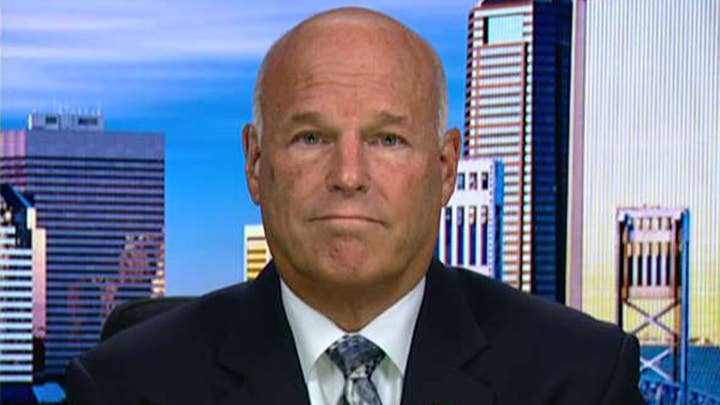 Bush, a former Republican presidential candidate and governor of Florida, tweeted on Monday that Snipes should no longer serve in her role overseeing Broward's elections.

"There is no question that Broward County Supervisor of Elections Brenda Snipes failed to comply with Florida law on multiple counts, undermining Floridians’ confidence in our electoral process," Bush said. "Supervisor Snipes should be removed from her office following the recounts."

Sen. Marco Rubio, R-Fla., also suggested Snipes should be removed, telling reporters last week: "She's certainly a candidate for removal. ... This is not one bad cycle, this is a pattern."

Bush asked Snipes to become supervisor in 2003, and she been elected to the role four times since.

Outgoing Republican Florida Gov. Rick Scott, locked in a tight and bitter race for the lead against incumbent Democratic Sen. Bill Nelson, accused Democrats of conducting a coordinated effort to "steal" elections in a campaign of possibly "rampant fraud," in a lawsuit Thursday.

In an emergency complaint, Scott accused Snipes of being "unwilling to disclose records revealing how many electors voted, how many ballots have been canvassed and how many ballots remain to be canvassed," and charged that the uncertainty "raises substantial concerns about the validity of the election process."