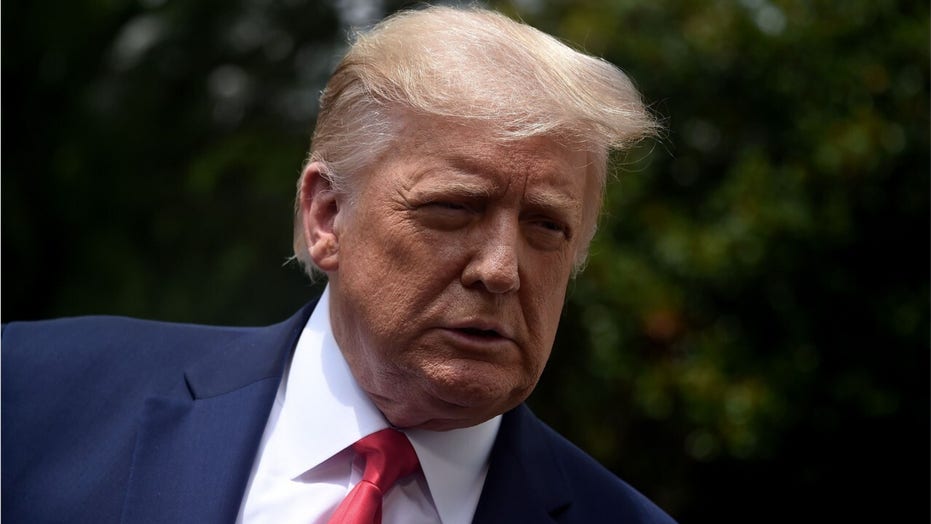 Trump claims Biden and Democrats ‘are against the bible’

President Donald Trump said that Joe Biden and the Democrats are ‘against the bible’ while speaking with Geraldo Rivera on Thursday.

Legendary NFL quarterback Brett Favre said Thursday that it was “an honor” to become the latest sports star to play a round of golf with President Trump late last month.

Trump invited Favre to tee off at his National Golf Club in Bedminster, New Jersey on July 25. A three-time NFL Most Valuable Player, Favre said the outing was an “awesome experience,” adding that he and the president chatted about football and “never talked politics.”

“He was as nice and engaging as he possibly could be, considering what type of stress he’s under,” Favre said in an interview with Fox News. “But I’ll say this: I respect the office of the president of the United States, regardless of who’s in office. Had Barack Obama, George Bush, Bill Clinton, anybody during my era, had they asked me to play golf, I certainly would have jumped at the opportunity, simply because regardless of what they believe in, just to be asked is an honor.”

Favre said he was “very impressed” with the president’s golf game.

“We had a couple of holes where we picked up, no score was penciled in, but for the most part, he can play,” Favre said. “He hits the ball very good and I’ll also tell you this, he’s a fast golfer. There was times I had a 140-yard shot and he’s up there at the green with his putter, ready to go.”

Trump has had a thorny relationship with the NFL in the recent past, publicly criticizing protests against racial injustice during the national anthem. Favre, on the other hand, said earlier this summer that free agent quarterback Colin Kaepernick, who led the protests in 2016, deserves another chance in the NFL.

In a statement shortly after the golf outing, the White House said the president and Favre had “discussed the importance of sports as a critical unifying and uplifting part of the safe reopening of America."

Favre praised the president for his ability to handle the pressures of the Oval office.

“I said, ‘I don’t know how you do it, Mr. President, the stress, I can’t imagine.’ He said, ‘I love it.’ It takes a special person to want to face the things that he has to face every single day,” Favre said. “You’re damned if you do, damned if you don’t. If you please some, others are pissed. You please one that was pissed, the ones you were pleasing the day before, they’re pissed.”

Favre, 50, won a Super Bowl with the Green Bay Packers and also found success during stints with the New York Jets and the Minnesota Vikings. A three-time NFL MVP, Favre was inducted into the Pro Football Hall of Fame in 2016.