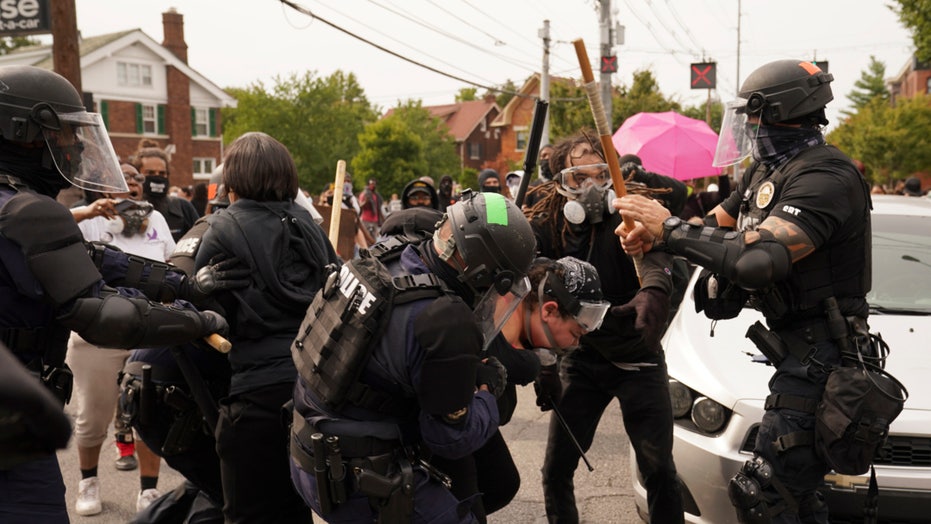 'This is anarchy': Trump Jr. condemns violence against law enforcement

“There are peaceful protesters doing the right thing and I think that's wonderful," the president's eldest son told host Sean Hannity. "That's very American. But what's going on, when police officers are shot, when Democrat mayors are turning a blind eye, when they're more worried about protecting arsonists, vandals, looters and outright criminals than they are about the citizens of these towns? It is absolutely disgusting.”

Trump Jr. agreed the fatal shooting of Breonna Taylor by Louisville Metro Police officers in March should have never happened. However, he continued, when Sen. Rand Paul, R-Ky., who has championed legislation banning so-called "no-knock" police raids, was attacked by demonstrators in Washington last month -- and when trucks are "showing up" in Louisville "with supplies, you start to realize that this isn’t an organic, peaceful protest gone wrong. This is anarchy."

The president's son added that he condemned “in all ways, shape and form what's going on to the police officers who are just out there serving" and noted that the vast majority of U.S. police officers have also condemned police brutality against Black Americans. He then argued that the unrest in Louisville on Wednesday was the latest effort by rioters and Democrats to destroy America.

“When a grand jury in an impartial process doesn't give them the answer they want, [they think] they can burn down cities and states ... ," he said. "You think that if Joe Biden wins, you think that problem's going to go away, or you think it's going to embolden these criminals? I think it emboldens them."