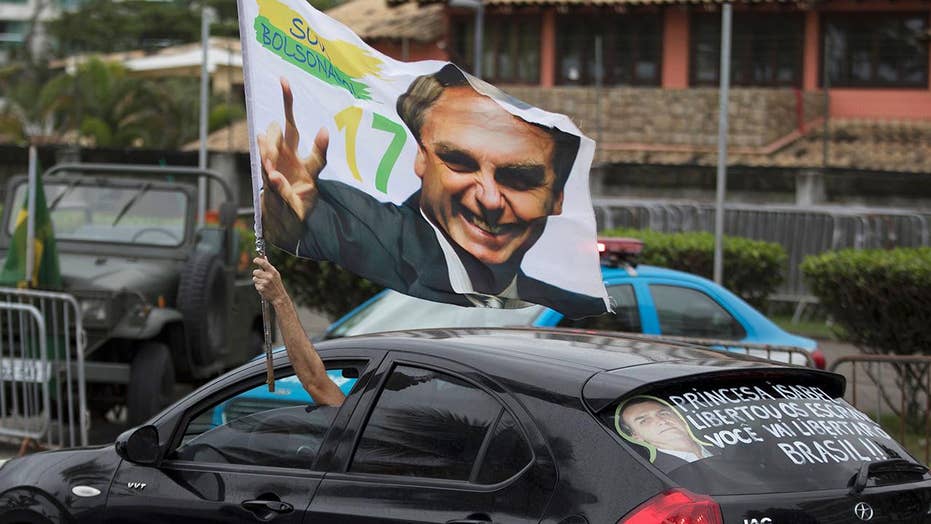 “As previously stated during our campaign, we intend to transfer the Brazilian Embassy from Tel-Aviv to Jerusalem. Israel is a sovereign state and we shall duly respect that,” Bolsonaro said in a tweet Thursday.

Bolsonaro, known for his fiery rhetoric and nationalist stances, was elected in a run-off Sunday. While he had proposed the move during the campaign, this was the first time he had brought up the topic since his election. The announcement was soon welcomed by Israeli Prime Minister Benjamin Netanyahu, who issued a statement calling the move “exciting.”

"I congratulate my friend Brazilian President-Elect, Jair Bolsonaro, for his intention to move the Brazilian Embassy to Jerusalem, a historic, correct and exciting step!" he said.

The move will make Brazil the third country, behind the U.S. and Guatemala, to move their embassies. Other countries, including in Europe, have criticized the move, saying it was not helpful to peace in the Middle East.

Most countries have their embassies in Tel Aviv, due to the disputed status of Jerusalem -- part of which Palestinians claim as a capital for when they hope to become a state. Those countries say that the status of Jerusalem is something that should be negotiated between the Israelis and the Palestinians. Supporters of the U.S. move note that Congress passed a law in 1995 recognizing Jerusalem as the capital of Israel, and that the move was the delayed implementation of that law.

The move by Bolsonaro is likely to foster good relations with the Trump administration, which has always made positive sounds about Bolsonaro’s election. Bolsonaro has praised Trump and has indicated he would also like to join the U.S. in pulling out of the Paris climate agreement.

In a speech in Miami on Thursday, National Security Adviser John Bolton hailed the election of Bolsonaro as one of a number of “positive signs for the future of the region” and an indicator of a growing regional commitment to free-market principles and open government.