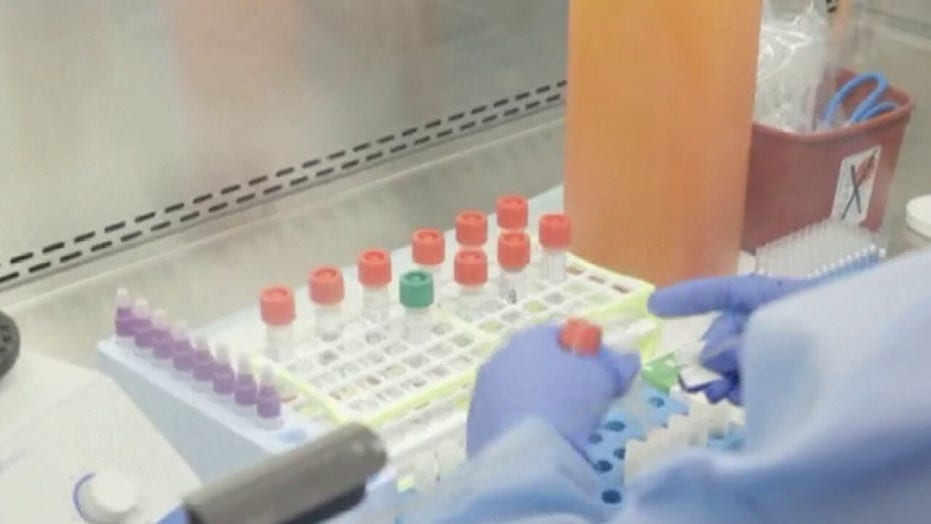 The private sector is hoping to help ramp up the availability and speed of tests; David Spunt reports from Washington.

U.K. Prime Minister Boris Johnson on Friday ruled out delaying Brexit because of the coronavirus pandemic, reiterating that the U.K. would finalize its departure from the European Union with or without a formal trade agreement by the end of the year.

“In U.K. law, a request for an extension is not possible,” a spokesman for Johnson told The Guardian.

Britain formally left the European Union at the end of January, more than three years after Brits voted to leave the bloc in 2016. But with that formal departure, the U.K. entered a transition period until the end of the year during which it tries to thrash out a free trade agreement with the E.U.

Johnson’s government has written into law that that deal needs to be secured by the end of the year -- in part to assure Brexiteers who were upset by regular delays under his predecessor Theresa May.

But with the new pandemic, of which the consequences and reach are still not yet known, the disruption to daily life risks making the talks difficult. Earlier Friday the government announced that local elections scheduled for May will be delayed until 2021.

The growing uncertainty and disruption has increased calls for the talks to be similarly delayed.

“If the virus starts to disrupt everyday life...and many other processes have slowed down as a consequence, there is no reason to think that Brexit trade talks will be immune, then the parties will have to work together in good faith to decide how to manage that,” former Chancellor Philip Hammond told The Times of London this week.

Labour MP Lisa Nancy also called on the government to delay the talks, saying that uncertainty must be minimized.

“The government must take a long-term approach to this crisis and run the country like the future matters,” she wrote in an op-ed for The Guardian. “In a crisis, uncertainty must be minimised. That is the lesson from the financial crisis in 2008 and every global crisis before it.”

BRITAIN SAYS IT IS PREPARED TO WALK AWAY FROM POST-BREXIT EU TALKS: 'WE WILL NOT TRADE AWAY OUR SOVEREIGNTY

Adding to putting the talks at risk is both the pandemic itself, which is taking leaders’ attentions away from other matters, but also that face-to-face meetings are being discouraged due to the risk of infection.

The spokesman said that video conferencing was one way the talks could continue.

“The discussions can take place using an alternative forum, such as video-conferencing,” he said. “Video-conferencing is something which is used throughout the world, and business.”

Britain has continually ruled out a delay, saying that even if talks aren’t successful, then it will go ahead with finalizing its departure at the end of the year.

“At the end of the transition period on the 31st of December, the United Kingdom will fully recover its economic and political independence,” Cabinet Office Minister Michael Gove told lawmakers last month. “We want the best possible trading relationship with the E.U. — but in pursuit of a deal we will not trade away our sovereignty.”