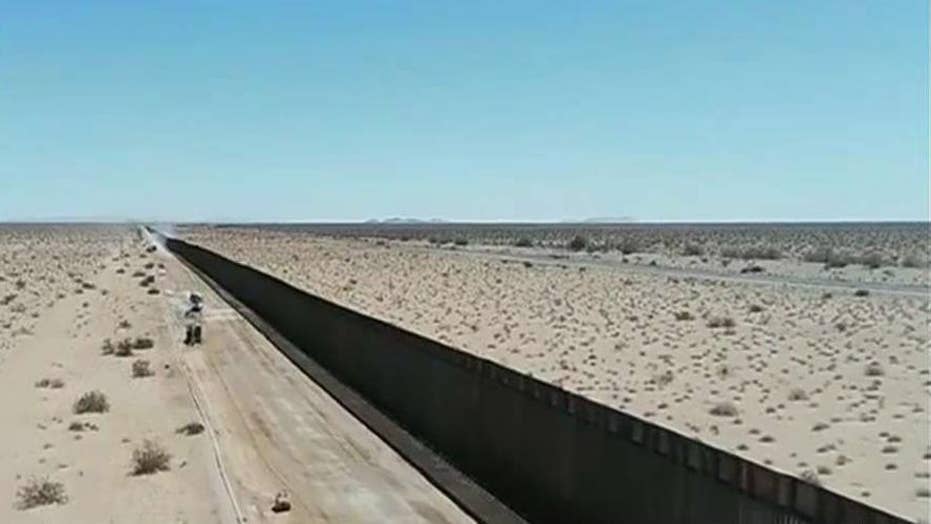 Defense Secretary Mark Esper has signed off on spending $3.6 billion in Defense Department construction funds for 175 miles of wall on the southern border with Mexico, Pentagon officials told Fox News on Tuesday.

Esper has been briefing congressional leaders on the plans, including what military construction projects would be affected both in the U.S. and overseas.

The moves provoked an outcry Tuesday among some Democrats.

“Earlier today Defense Secretary Mark Esper notified me that the Department of Defense will reprogram $3.6 billion in funds appropriated for military construction and maintenance, including the U.S. Military Academy at West Point, in order to build the president’s misguided border wall,” Senate Minority Leader Chuck Schumer, D-N.Y., said in a statement.

Others weighed in with just as much dissent.

“President Trump’s immigration efforts have failed since Day 1,” said Sen. Jack Reed, D-R.I. “Today, he made it clear he is willing to take funds from our troops and disaster victims and divert them to try to protect his political right flank. And ultimately, that could put Americans at risk.”

For its part, the Trump administration has been touting progress made on the border.

Use of the money had been frozen by lower courts while a lawsuit proceeded. Last month, however, the U.S. Supreme Court cleared the way for the use of about $2.5 billion.

A border wall was a keystone of the president's 2016 election campaign, but Congress has resisted funding all of it. This year it allocated $1.4 billion, but the president wanted much more.

The administration has awarded $2.8 billion in contracts for barriers covering 247 miles, with all but 17 miles of that to replace existing barriers instead of expanding coverage.

Various forms of barriers already have existed along 654 miles — about a third — of the border.

The construction plan came as immigrant apprehensions have fallen sharply over the past two months due to the summer heat and a clampdown in Mexico.

Tens of thousands of people have come to the U.S. over the past year. Most have been Central American families with children, turning themselves in to agents instead of trying to dodge them.