EXCLUSIVE: Customs and Border Protection (CBP) is deploying hundreds of northern and coastal Border Patrol agents to the southern border to help handle a surge in Latin American immigrants, Fox News has learned.

On March 1, 250 Border Patrol agents from northern and coastal areas -- including the Canadian border and Florida -- will deploy to McAllen, Texas, in the Rio Grande Valley Sector to help with border apprehension along the southwest borders, multiple Department of Homeland Security sources familiar with the move told Fox News. The agents have been asked to stay through March 31.

In the Rio Grande Valley Sector, agents have apprehended nearly 1,000 migrants a day and warn that facilities are being overwhelmed.

US BEGINS ADMITTING MIGRANTS FROM MEXICO

The sources pointed especially to the surge of children arriving at the border alone.

Apprehensions at the southwest border have spiked over the past few weeks from between 3,200 and 3,500 to over 4,000, according to former border official Mark Morgan. On some days there are close to 1,000 "got-aways," or those who are spotted by agents but escape detention. 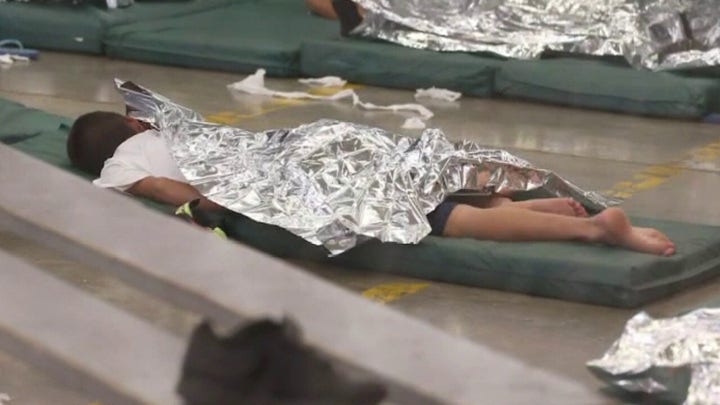 Morgan served as both acting director of Immigration and Customs Enforcement (ICE) and as acting commissioner of CBP during the Trump administration. He had served as head of the U.S. Border Patrol under the Obama administration.

The U.S. made 78,000 border arrests and detentions in the month of January. Morgan predicted that the U.S. could see 100,000 southern border apprehensions by the month of April, on par with March and April of 2019 under former President Trump, who took a much stricter stance on border security.

Morgan said it was a "story within a story" that no one with Border Patrol could comment on the record about the deployment. He said that when he led CBP he directed everyone to engage the media and held regular press conferences to take such questions.

CBP attributes the rise in illegal immigration to economic hardships and violence worsened by the COVID-19 pandemic in Latin America and an "inaccurate" perceived liberalization of border policy under the Biden administration.

He undid the Migrant Protection Protocol (MPP), known as the "Remain-in-Mexico" policy, which ended "catch and release" and forced those who claim asylum to wait in Mexico while they do so. Biden also halted construction of the southern border wall and implemented new guidelines limiting which migrants can be targeted for deportation. The Biden administration has sought to halt all deportations for 100 days but has so far been blocked by a Texas lawsuit.

In some areas, CBP has reinstated "catch and release" and is already releasing parents with children who arrive at the border. Others are returned to Mexico.

Still, the White House has warned Latin American migrants "now is not the time to come to the United States," as the administration has not had time to enact comprehensive immigration reform.

The Biden administration took heat for reopening a Trump-era child migrant detention facility in Carrizo Springs, Texas, this week to house up to 700 unaccompanied minors.

"We have a number of unaccompanied minors coming into the country without their families," White House press secretary Jen Psaki told reporters. "What we are not doing is what the last administration did, which was separate those kids, rip them from the arms of their parents at the border."

The White House has not yet characterized the border situation as a "crisis."

"I don't think I'm going to put new labels on it from here or from the podium, but it is a priority of the administration. It's a priority of our secretary of Homeland Security and certainly of the president who's kept abreast of the developments," Psaki said.