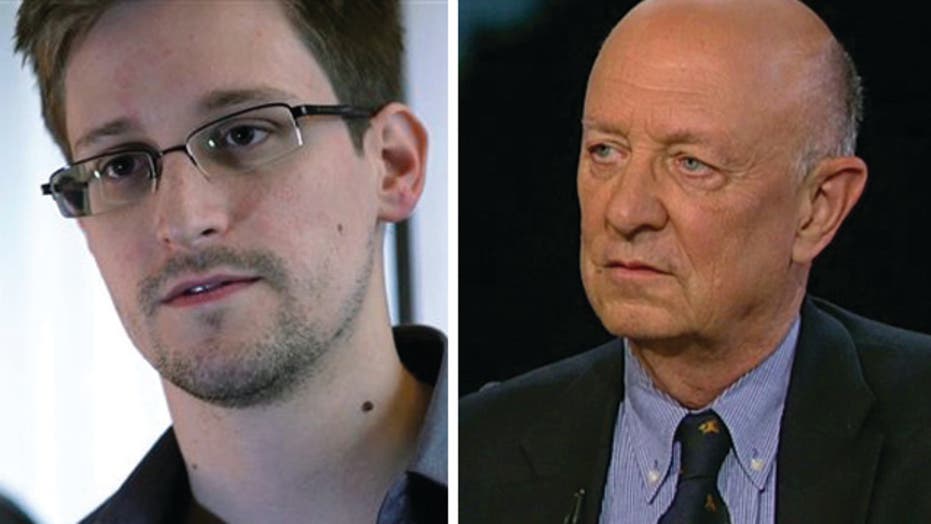 Why are gov't secrets entrusted to so many contractors?

The contractor for which NSA whistleblower Edward Snowden worked said Tuesday that Snowden has been fired and clarified his annual salary was much less than the widely reported $200,000 a year.

International contracting firm Booz Allen Hamilton said the 29-year-old Snowden was paid $122,000 annually and that he was fired Monday for violating company policy and its code of ethics.

Snowden said Sunday he is the source of bombshell stories last week about how the U.S. collects data on billions of Americans’ phone calls and Internet actives.

Booz Allen also restated Snowden worked for the company for less than three months and was assigned to a team in Hawaii, home of a National Security Agency headquarters.

The company did not state specifically that it had confirmed Snowden was indeed the source of the leaks but repeated its statement Sunday.

“News reports that this individual has claimed to have leaked classified information are shocking, and if accurate, this action represents a grave violation of the code of conduct and core values of our firm,” Booz Allen said. “We will work closely with our clients and authorities in their investigation of this matter.”