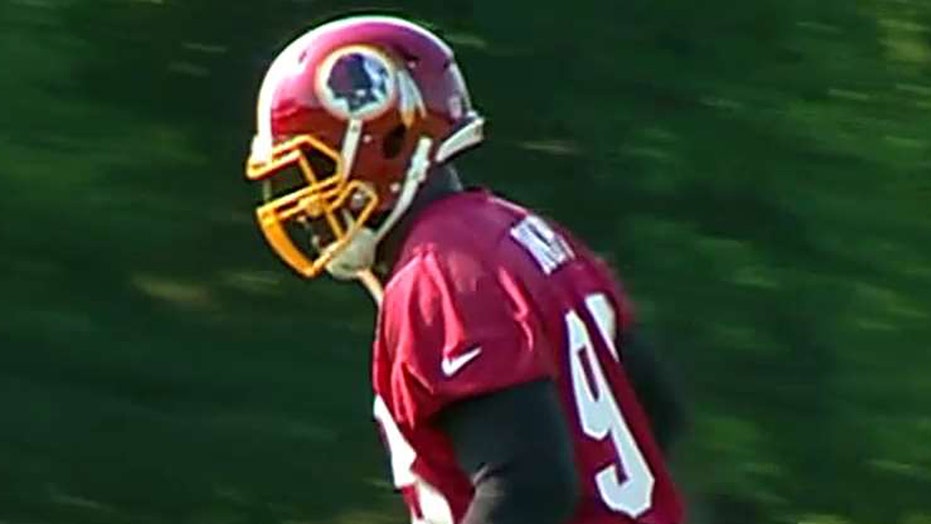 The Washington Redskins received an early Christmas gift Tuesday when a federal appeals court ruled against a trademark law that has been used to challenge the team’s name.

The D.C. Circuit Court ruled that the federal Lanham Act's ban on "disparaging" trademark registrations is viewpoint discrimination in violation of the First Amendment.

The ruling came in a separate case filed in 2013 by members of an Oregon band called The Slants, who were refused a registration of their trademark on the grounds that their name is offensive to Asian Americans.

But the ruling falls in line with what the Redskins are arguing in their appeal, which is pending before the Fourth Circuit Court of Appeals.

A federal judge in July initially ordered that the Redskins’ trademark registration be revoked. The team appealed, and the Native Americans who challenged the trademark have until Jan. 14 to file their response to the Redskins’ appeal.

The decision in the case involving The Slants could loom large.

At issue was a federal trademark law barring registration of trademarks that "may disparage" individuals or groups or "bring them into contempt or disrepute."

The federal court in D.C. now says it’s unconstitutional for the government to refuse to register trademarks because it disapproves of the messages or concludes that they may be disparaging to others.