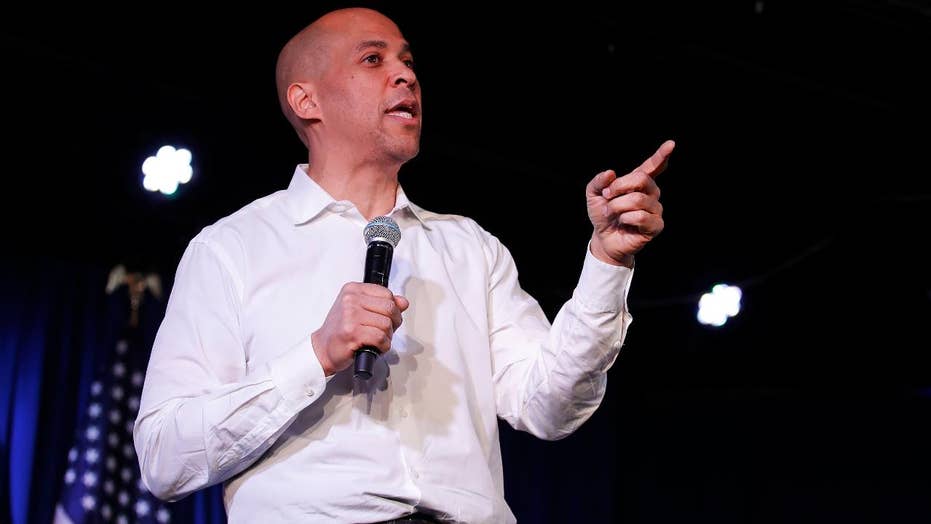 'It's a lie': Sen. Cory Booker rejects the claim that being green means hurting the economy

Democratic presidential candidate Cory Booker, campaigning in New Hampshire on Monday, said it’s a “lie” for critics to say the Green New Deal is too expensive to implement.

“This is the lie that’s going on right now,” Booker told Fox News in Nashua, N.H., as he campaigned in the first-in-the-nation primary state.

The New Jersey senator was asked about the costs of the Green New Deal, which is supported by New York Rep. Alexandria Ocasio-Cortez and other progressives and aims to implement a range of big-government programs while pursuing a level of "net-zero greenhouse gas emissions" -- essentially, a total economic transformation toward clean energy that, among other points, includes building upgrades across the country.

The Wall Street Journal recently reported it cost nearly $2,000 per apartment for the New York City Housing Authority to switch to LED lighting, which lasts longer and consumes less energy than incandescent bulbs. Asked about that report, Booker said it’s possible to “revive your economy, and create a bold green future,” citing his experience as mayor of Newark, N.J.

“We environmentally retrofitted our buildings. Saves taxpayers money, created jobs for our community and lowered our carbon footprint,” Booker said.

He added, “This lie that’s being put out – that somehow being green and responsible with the environment means you have to hurt the economy – a lie.” 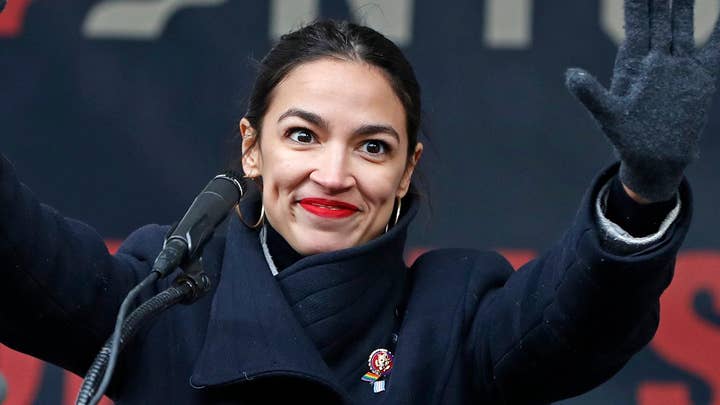 The Green New Deal is a sweeping proposal designed to tackle income inequality and climate change at the same time. It’s modeled after President Franklin D. Roosevelt’s New Deal package of public works programs and projects created to help the economy during the Great Depression -- but in many ways goes much further.

The rollout itself was muddled by the release of Ocasio-Cortez documents that, among other things, promised economic security even for those "unwilling" to work.

The plan itself aims to eliminate greenhouse gas emissions from manufacturing and agriculture and dramatically expand energy sources to meet 100 percent of power demand through renewable sources. The proposal also calls for a job-guarantee program and universal health care, among other things.

Republican critics have vehemently pushed back against the proposal, pointing in part to the price tag – estimated to be about $7 trillion. Republicans have also decried the job guarantee idea, calling it a “deeply flawed policy” that would be detrimental to small businesses.