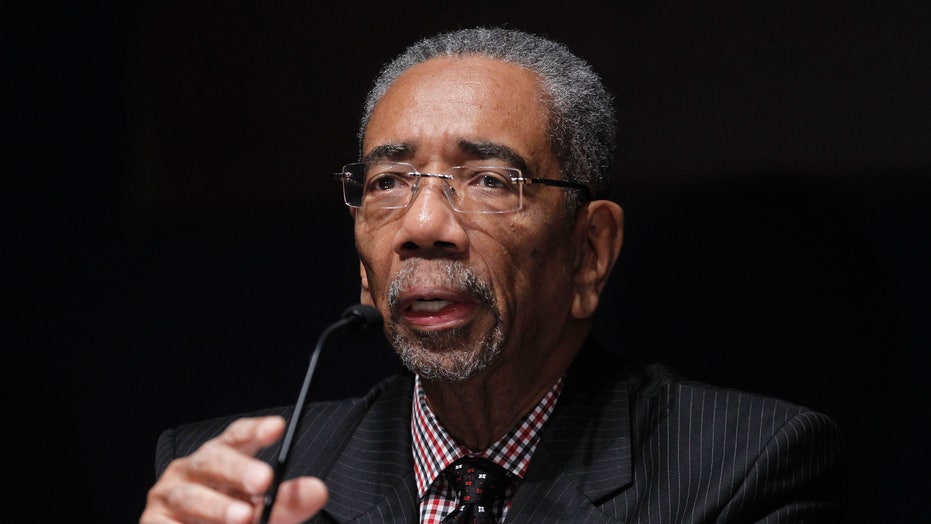 “The number-one cause that prevents police accountability, that promotes police corruption, that protects police lawlessness, is a culprit called the Fraternal Order of Police,” the Chicago Democrat told Politico on Sunday. “They’re the organized guardians of continuous police lawlessness, of police murder and police brutality. The Chicago Fraternal Order of Police is the most rabid, racist body of criminal lawlessness by police in the land. It stands shoulder to shoulder with the Ku Klux Klan then and the Ku Klux Klan now.”

Rush, who was a founding member of the Illinois Black Panthers, said the Chicago FOP and the Ku Klux Klan “are like kissing, hugging and law-breaking cousins,” and that the union had a long history of protecting officer wrongdoing instead of removing them from the ranks.

Rush’s remarks come after Chicago police officers were caught lounging in his office during the weekend of May 30 and 31, the weekend following the death of George Floyd, while looters and rioters wreaked havoc on the city.

Rush, 73, turned over the security video from his office, where he said he found eight or more officers, including three supervisors taking refuge in his office while small businesses were pillaged.

“They even had the unmitigated gall to make coffee for themselves and to pop popcorn, my popcorn, in my microwave, while looters were tearing apart businesses within their sight, within their reach,” Rush said in a news conference last week. “And they did not care about what was happening to businesspeople, to this city. They didn’t care.”

Chicago Mayor Lori Lightfoot, while speaking at the news conference with Rush, denounced the officers who took a break while businesses in the city burned and their fellow officers were outside “getting bottles thrown at their heads” by rioters.

“That’s a personal embarrassment to me,” Lightfoot told Rush. “I’m sorry that you and your staff even had to deal with this incredible indignity.”

Rush has previously butted heads with Lightfoot, accusing the liberal mayor of being too close with police unions.

Still, Rush praised her work to hold officers to account after the incident. “She has been a reconciler of the many differences that she didn’t create, but she has the compassion and the resolve, the strength and the courage, to correct,” Rush said.

Since the incident in Rush’s office, the president of the Fraternal Order of Police Lodge 7, Chicago’s largest police union, said that Rush’s staff had asked officers to sit in the office on the night of the protest. A spokesman for Rush told Politico that isn’t the case.

Even so, the department later announced it was investigating the incident.

The union has hit back at the claims.

“Shame on her for even questioning their valor and the heroism and the officers of CPD to make it sound like they were letting other officers get the crap beat out of them while they sat there and slept,” John Catanzara, the union president, told Chicago’s NBC news affiliate, referring to Lightfoot. “That is a disgusting accusation. She owes the men and women an apology for even implying that.”