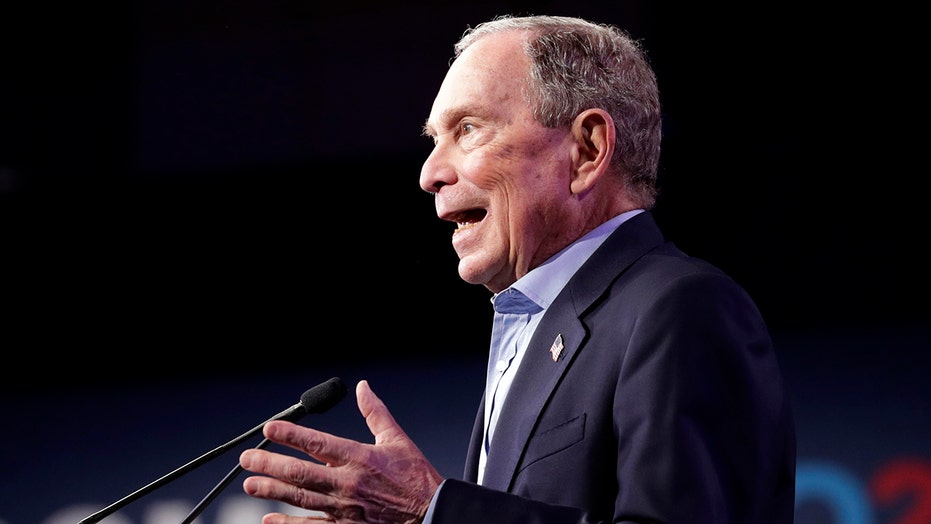 Former New York City Mayor Mike Bloomberg's more than $550 million in campaign advertising and exclusive focus on Super Tuesday states were supposed to give him a big night Tuesday night, making him the default candidate for establishment Democrats to rally around to stop Bernie Sanders. Instead, he had just 44 delegates as of Wednesday morning, landing him in a very distant fourth place.

Bloomberg's $224 million in ad spending in just Super Tuesday states means that he spent $5.1 million per delegate that he earned. The former New York City mayor's most expensive delegates came from Texas, where his $54 million in advertising bought him a total of four delegates.

"It's still an early night," Sabrina Singh said "...It's a long night ahead of us. We have so many states that we are waiting to see how the results look for us. Arkansas, Oklahoma. Utah, Colorado ...  Mike has been really crisscrossing the country and going big in these Super Tuesday states and beyond."

Singh was correct that Bloomberg was racking up delegates in all of the states that she mentioned, reaching the DNC's 15 percent viability threshold either statewide or in individual congressional districts.

Both Bloomberg's delegate totals and the totals for his rivals could change as there is some outstanding vote left to be counted. However, Bloomberg's Super Tuesday return on investment was minuscule compared to other, far less well-funded campaigns.

Reports said Bloomberg would reassess his campaign Wednesday, despite his repeated claims that he planned to take his campaign all the way to the Democratic convention, intent on brokering a deal with delegates from other moderate candidates to make him the nominee if no candidate could secure a majority of delegates.

Bloomberg also indicated to supporters at a Tuesday campaign rally that he would continue.

“No matter how many delegates we win tonight, we have done more than anyone has thought was possible,” Bloomberg said. “In three months, we went from less than one percent to being a contender for the Democratic nomination for president!”

Bloomberg's rapid downfall began as several controversial past comments about women, minorities, farmers and other subjects gained media attention, were followed by disastrous performances in the Nevada and South Carolina debates, and was made even worse when former presidential candidates Pete Buttigieg and Amy Klobuchar dropped out of the race to endorse Biden.

President Trump poked fun at Bloomberg's Super Tuesday difficulties in a Tuesday night tweet, saying that the billionaire had wasted his money.

"The biggest loser tonight, by far, is Mini Mike Bloomberg. His 'political' consultants took him for a ride. $700 million washed down the drain, and he got nothing for it but the nickname Mini Mike, and the complete destruction of his reputation. Way to go Mike!"