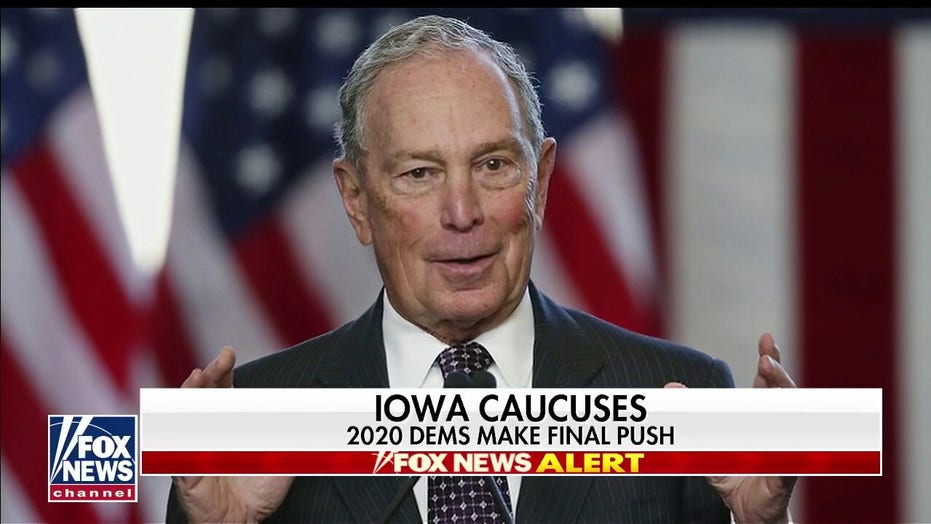 What is Mike Bloomberg rooting for in Iowa?

BLOOMBERG'S AD SPENDING UP TO A QUARTER-BILLION DOLLARS

The aide also told Fox News that the campaign is hiring rapidly, and will have a field staff exceeding 2,000 people soon. Fox News also reported this week that the Bloomberg campaign will have 800 field staff, including full and part time, in California alone by the end of next week.

"After more than a year of this primary, the field is as unsettled as ever. No one has made the sale or even come close to it,” Bloomberg campaign spokeswoman Galia Slayen said. “Meanwhile, Mike is taking the fight to Trump every day, doubling down on the national campaign strategy we've been running from the beginning."

Bloomberg’s move, which was first reported by The Washington Post, comes amid the continued chaos surrounding Monday’s Iowa caucuses—a contest he skipped—as the Iowa Democratic Party scrambles with mounting criticism and questions over their process which still had delivered no results a day after the election activities began. 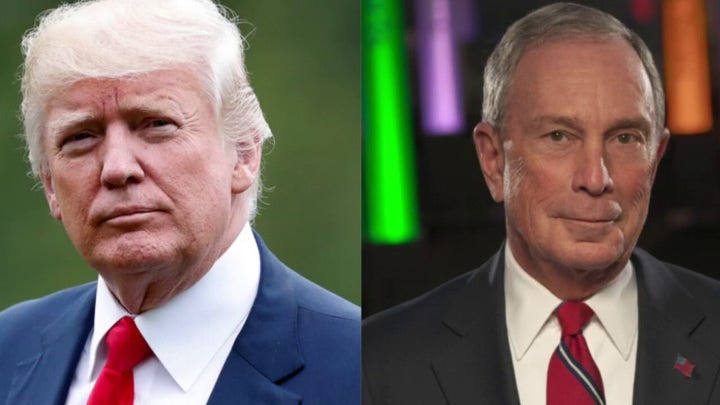 The Iowa Democratic Party blamed the meltdown on a “coding issue” in its reporting app, and vowed to begin releasing the results by 5:00 p.m. ET Tuesday.

Bloomberg entered the race extremely late—announcing his presidential bid in late November, and will skip the New Hampshire primary, Nevada caucuses, and South Carolina primary—the four early voting states that kick off the nominating calendar in February. Instead, Bloomberg is concentrating on the delegate-rich Super Tuesday states that vote on March 3, and beyond.

Fox News reported last month that Bloomberg had dished out a massive $248 million to run commercials since declaring his candidacy. Due to his decisions to skip the early contests, Bloomberg’s TV ads are mostly not in competition with the commercials of his rivals’ campaigns that are running in the early voting states. But in several weeks, as Bloomberg’s primary rivals turn their attention to Super Tuesday states, the former New York City mayor’s massive ad buys could begin to present a problem.

By comparison, no other candidate in the Democratic presidential primary field has topped $30 million in spending.