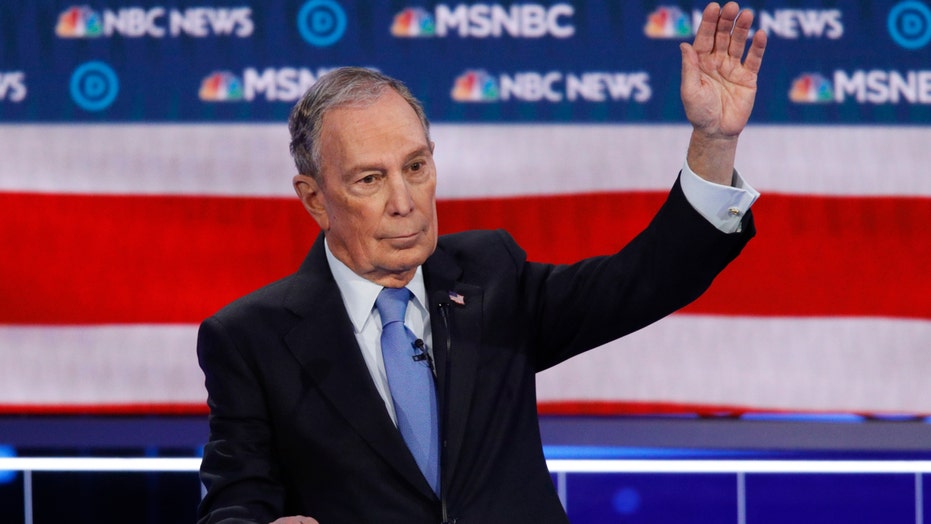 Michael Bloomberg's campaign headquarters in Utah was vandalized Friday night, just a day after his Tennessee office was defaced and Bloomberg's team pointed the finger at the rhetoric from White House rival Bernie Sanders in that incident.

“We are disheartened by the vandalism at our Salt Lake City headquarters," the Bloomberg campaign said in a statement. "We know that emotions can run high in politics but we also know that even when we disagree, Utahns find common ground in civil discourse."

Utah heads to the polls March 3  -- Super Tuesday -- to cast votes for the Democratic primary. Bloomberg has skipped the traditional early states and has staked his presidential hopes on picking up delegates in the Super Tuesday contests.

"We strongly condemn this act of vandalism but we are laser-focused on Super Tuesday and will continue to share Mike’s message about unifying our country with Utah voters," the Bloomberg statement said, declining to point fingers.

The Salt Lake City destruction comes a day after Bloomberg's Knoxville, Tenn. office was vandalized and his campaign then raised the possibility of it being connected to Sanders' supporters. Bloomberg's team provided a photo that shows the spray-painted words “F—k Bloomberg” and “oligarch” on the outside of the Tennessee building.

"This latest incident at our Knoxville campaign office is exactly what we've been warning about,” Bloomberg campaign manager Kevin Sheekey said in a statement Friday. “We don't know who is responsible for this vandalism, but we do know it echoes language from the Sanders campaign and its supporters.”

Sheekey called on Sanders to “immediately condemn these attacks and for his campaign to end the Trump-like rhetoric that is clearly encouraging his supporters to engage in behavior that has no place in our politics."

Bloomberg’s campaign argued the graffiti in Knoxville is the latest in a pattern of vandalism it has seen across the country. It referenced recent incidents in Toledo, Ohio; Youngstown, Ohio; and Ann Arbor, Mich.

"Over the past week, we've seen similar attacks against Mike Bloomberg 2020 offices in multiple states,” Sheekey said. “Fortunately, no one has been injured. But this needs to end before someone gets hurt.”