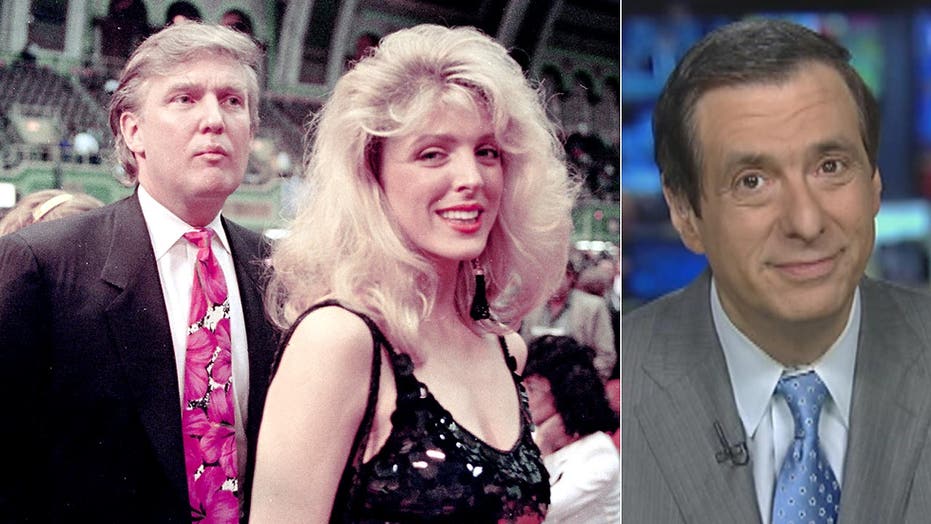 Kurtz: Trump's blast from the past

He sure sounds like Donald Trump, that I can tell you.

An audiotape of the businessman apparently spinning a reporter in 1991 by pretending to be an imaginary Trump spokesman exploded onto the cable airwaves on Friday.

The familiar cadence of "John Miller" as he discussed Trump's then-girlfriend Marla Maples, and three other gal pals, was catnip for the media. That's despite the fact that the People magazine reporter on the other end of the line, Sue Carswell, had told the New York Times this very story last month.

But now the Washington Post had obtained a recording of the call, it was big news.

Or was it? Maybe Trump was just having some fun. It was a quarter century ago. Voters don't seem to care about his multiple marriages, and most won't care about this.

But there's a twist. Trump insisted on the "Today" show Friday that he knew nothing about this and that “it doesn’t sound like my voice at all.” That will keep the story alive as reporters look into his occasional practice back in the day of posing as his spokesman.

What's more, there are reports of Trump having admitted this in the past, which Carswell also contends. So why not just brush it off as a joke?

Instead, he chided Savannah Guthrie for trafficking in such ancient fare.

Trump also has been bashing Jeff Bezos, the Amazon founder who bought the Post three years ago. Bezos is by all accounts a hands-off owner who did not exactly order up the story.

Trump says Bezos bought the paper for almost nothing (actually, $250 million) to increase his influence in Washington. But Trump also says the paper enables him to fend off antitrust problems at Amazon. No antitrust allegations have been lodged against Bezos, and there's no evidence he has used the paper to push his company's interests.

But there’s no denying the entertainment value of Trump, in spokesman role, talking about his then-girlfriend Marla Maples, after his bitter divorce from Ivana, in these third-person terms:

“I can tell you there was never any talk of marriage from Donald’s point of view.  I can also say that Marla would’ve liked to get married, obviously, but it was just something he didn’t want to do.  It’s just too soon.”

And there was this description of Trump’s social life: “I mean, he’s living with Marla and he’s got three other girlfriends, and she’s not going to say, I really want to get back, you know?  She wants to get back, she’s told it to a lot of her friends and she’s told it to him, but it’s so highly unlikely.  That’s off the record.” Not any more.

But Sunday the media were obsessed with another blast from the past, a New York Times examination--with 50-plus interviews--of his conduct toward women.

The headline was "Crossing the Line," but I found it a very mixed picture.

There was a young model he asked to don a bathing suit at a Mar-a-Lago pool party, but she later dated Trump for months. He chided an overweight female executive by saying she liked candy, but promoted her to the top ranks of his company. The front-page story got a huge number of column inches, but essentially confirms what we know of Trump's past.

Trump responded with a series of tweets, such as: "Everyone is laughing at the @nytimes for the lame hit piece they did on me and women.I gave them many names of women I helped-refused to use."

These are all faint echoes from the past, when Trump was a wealthy businessman barely dabbling in politics, dominating yet another campaign news cycle.