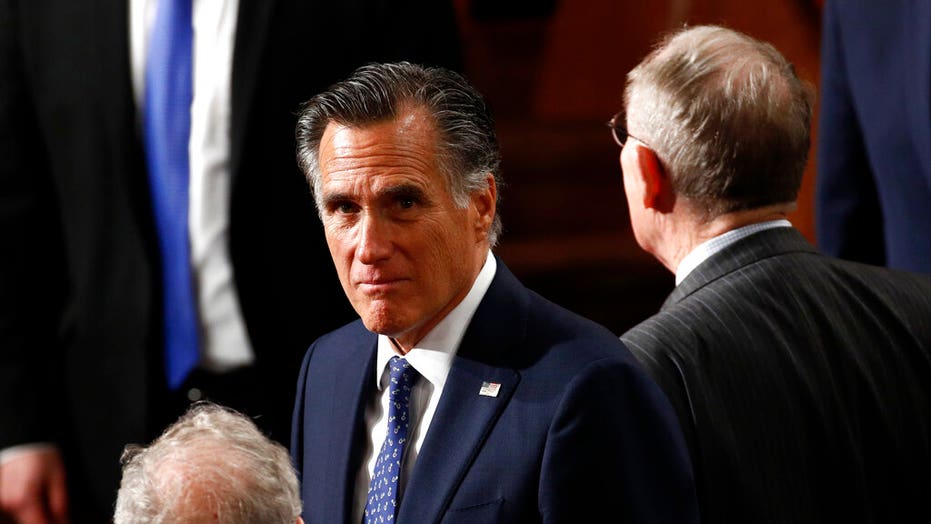 A bipartisan group of senators introduced a resolution Monday to rein in President Trump’s ability to remove troops from Germany.

The proposal, led by Sen. Mitt Romney, R-Utah, would block the administration from reducing the number of active duty troops in Germany to below 34,500, the current number stationed there, unless the Pentagon certifies to Congress that doing so is in the national security interest of the U.S. and would not negatively impact European alliances or NATO.

It would also require the defense secretary to vouch that doing so would not harm ongoing operations, that it would not impact military families and that the Pentagon has consulted with allies including Germany and NATO.

“The withdrawal of U.S. troops from Germany would be a gift to Russia, and that’s the last thing we should be doing,” Romney said in a statement.

In addition to Romney’s amendment, Graham introduced his own proposal to reiterate U.S. support of Germany.

"The presence of United States military forces in Germany is a strong deterrent against Russian aggression in Europe and strengthens the capability of NATO," Graham's resolution reads.

The senators are aiming to get the amendments included in the National Defense Authorization Act, a defense policy bill that the Senate will debate next week. Typically hundreds of amendments are filed to the bill each year but only a handful make it to a vote on the floor.

In early June, President Trump directed the Pentagon to remove 9,500 troops from the European nation by September reflecting growing tensions between Washington and Berlin over military spending and other security issues.

It would also cap the number of American troops in Germany at any one time at 25,000. Under current practice, overall troop levels can rise to as high as 52,000 as units rotate in and out or take part in training exercises.

The decision immediately drew criticism from some former senior defense officials and lawmakers concerned that it would further weaken a key alliance and empower U.S. adversaries. Moscow is likely to welcome the open display of differences between two key NATO allies, U.S. experts said, though Russia didn’t comment publicly on the development.

HOUSE REPUBLICANS OBJECT PULLING US TROOPS OUT OF GERMANY

One senior U.S. official said that the administration has been discussing the move since last September. Then-Ambassador to Germany Richard Grenell suggested a troop reduction last August.

"It is actually offensive to assume that the U.S. taxpayer must continue to pay to have 50,000-plus Americans in Germany, but the Germans get to spend their surplus on domestic programs," Grenell told the Germany press agency DPA this week, which the U.S. Embassy later tweeted.

An administration official acknowledged to the Wall Street Journal that it reflected the Trump administration’s long frustration with German policy, especially the nation’s level of military spending and its insistence on completing the controversial Nord Stream 2 pipeline that will channel Russian gas directly to Germany under the Baltic Sea.

Germany wasn't happy with the proposal, either.

Germany’s defense minister suggested Monday that Trump’s reported plans to withdraw more than a quarter of American troops out of Germany could weaken not only the NATO alliance but the U.S. itself.