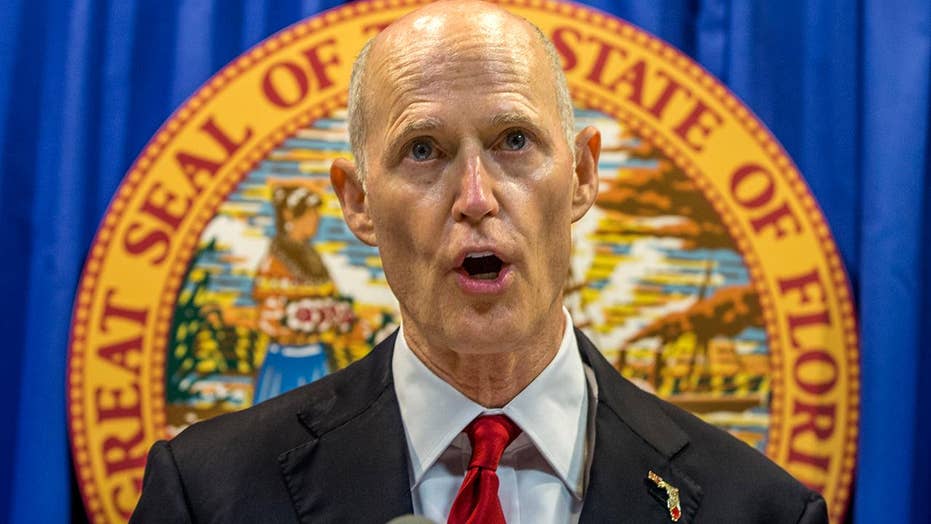 The Florida House passed a school safety bill Wednesday that includes new restrictions on rifle sales and a program to arm some teachers, sending the measure to the governor for his signature.

The vote of 67-50 reflected a mix of Republicans and Democrats in support and opposition. The measure, a response to the shootings at a Parkland high school that left 17 dead, is supported by the victims’ families.

“More needs to be done, and it’s important for the country to be united in the same way the 17 families united in support of this bill,” Pollack said after the vote. “My precious daughter Meadow’s life was taken, and there’s nothing I can do to change that, but make no mistake, I’m a father and I’m on a mission. I’m on a mission to make sure I’m the last dad to ever read a statement of this kind.”

Democratic Rep. Jared Moskowitz, a former Parkland city commissioner, ended the eight hours of debate with an emotional account of seeing the high school after the shooting, attending victims’ funerals and working with students and families while the House was forming the legislation. He broke down in tears after talking about how his 4-year-old son’s writing teacher lost her daughter in the attack.

Democratic Rep. Kristin Jacobs said she did not like the idea of arming teachers, but she voted yes. Republican Rep. Jay Fant said raising the minimum age to buy a rifle from 18 to 21 was unconstitutional, and he voted no.

“There is a cultural divide in this room, in this state and across the country. And there’s a bill before us that is not perfect,” said Jacobs, whose district includes Marjory Stoneman Douglas High School.

The bill would raise the minimum age to buy rifles from 18 to 21 and create a waiting period on sales of the weapons. It would also create a so-called guardian program that would let school employees and many teachers carry handguns if they go through law enforcement training and if the school district decides to participate in the program.

Other provisions would create new mental health programs for schools; establish an anonymous tip line where students and others could report threats to schools, ban bump stocks and improve communication between schools, law enforcement and state agencies.

Fant, who is running for attorney general, said the gun restrictions violated the constitution.

“I just can’t imagine that Nikolas Cruz can commit such a heinous crime and then as a result we tell, potentially, a 20-year-old single mother living alone that she cannot purchase a firearm to defend herself,” Fant said.

The Florida Senate narrowly passed the bill Monday. Gov. Rick Scott declined to say Wednesday whether he would sign the legislation.

Scott has repeatedly said he doesn’t support arming teachers and pushed lawmakers adopt his proposal, which called for at least one law enforcement officer in every school and one for every thousand students who attend a school.

Shooting suspect Cruz was formally charged with 17 counts of first-degree murder Wednesday, which could mean a death sentence if he is convicted.

The indictment returned by a grand jury in Fort Lauderdale also charges the 19-year-old with 17 counts of attempted murder for the Valentine’s Day massacre at Marjory Stoneman Douglas High School in Parkland in which 17 people died and more than a dozen others were wounded.

James and Kimberly Snead, the couple who gave Cruz a home after his mother died late last year, testified before the grand jury. James Snead and the couple’s attorney, Jim Lewis, wore silver “17” pins to honor the victims of the shooting.

“We’ll let justice take its course at this point,” Lewis said. “They still don’t know what happened, why this happened. They don’t have any answers. They feel very badly for everybody.”