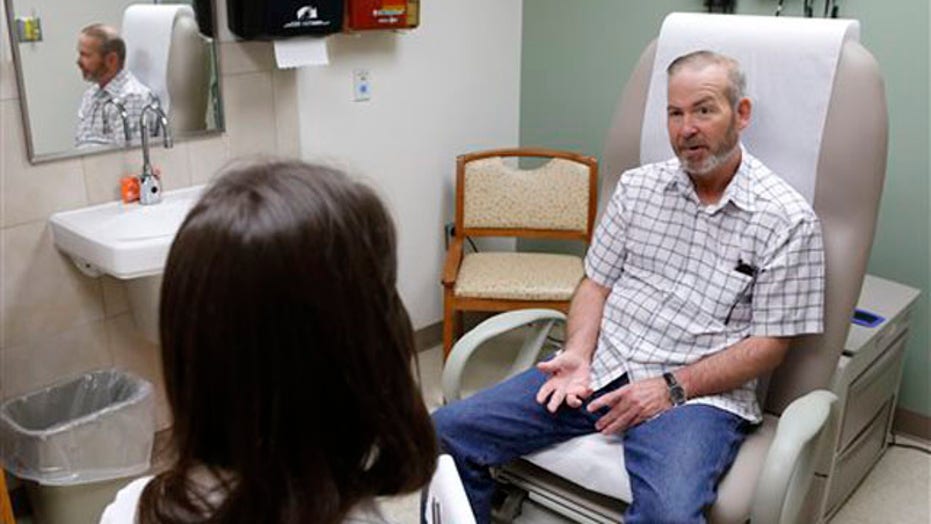 As lawmakers prepare to skip town for the Fourth of July holiday next week, a long to-do list will remain in their wake. While that's nothing new -- especially in an election year, getting just about anything of substance done is an achievement -- Congress is set to leave without finalizing its response to the burgeoning Veterans Affairs health care scandal that cost a Cabinet secretary his job and is tied to numerous reported deaths.

Both chambers have passed legislation to grapple with the crisis, but Tuesday's first meeting of a 28-member conference committee tasked with merging the bills revealed a number of fault lines that threaten to slow, if not altogether imperil, final passage.

At issue is a potentially eye-popping price tag, and whether to pay for the legislation with spending cuts elsewhere. The Congressional Budget Office pegs the cost of the Senate bill at $35 billion over three years and the House version at $44 billion over five years.

Such disputes are not unique in a divided Congress with a Democratic-led Senate and a Republican-controlled House. There seems to be a difference, however, when it comes to taking care of the nation's veterans; a bipartisan sense of urgency intensifies with each additional shoe that drops in the ongoing VA scandal. Even lawmakers with a penchant for reining in federal spending are calling for quick action.

"This is an emergency," Sen. John McCain, R-Ariz., said on the Senate floor earlier this month. "If it's not an emergency that we have neglected the brave men and women who have served this country and protected our freedom, then I don't know what is."

Along with Senate Veterans Affairs Committee Chairman Bernie Sanders, I-Vt., McCain is a co-sponsor of the Senate's legislation, which gives the green light to lease 26 new facilities and would allocate $500 million in unused funds for the hiring of additional doctors and nurses. Both the Senate and House versions would make it easier for the VA to fire or demote senior officials, though the upper chamber favors an expedited appeals process for those employees.

Central to both bills is the ability for veterans who are unable to get a timely appointment within the VA medical system to access private care. The Senate proposal would enable veterans living more than 40 miles away from to seek outside care.

The VA has confirmed that 35 veterans in the Phoenix area died while on a secret waiting list. Meanwhile, more than 57,000 veterans have waited at least three months for an initial appointment, according to a VA audit released earlier this month. Another 64,000 veterans who tried to schedule an appointment never got one.

Nearly one month after former VA Secretary Eric Shinseki resigned over it, the scandal only seems to worsen. This week, the U.S. Office of Special Counsel said the agency routinely dismissed whistleblower complaints, prompting acting VA Secretary Sloan Gibson to order a two-week review of the Office of Medical Inspectors.

Separately, a report published this week by Sen. Tom Coburn, R-Okla., found that more than 1,000 veterans may have died due to possible VA misconduct over the last decade.

The House-Senate conference committee's first public meeting wrapped Tuesday after just under an hour, during which time lawmakers expressed a universal desire to act and to act quickly, but it was clear there was disagreement over cost.

North Carolina Sen. Richard Burr, the ranking Republican on the Senate veterans panel, rejected the CBO estimate as "grotesquely out of line," a sentiment shared by other members of the GOP. House Veterans Affairs Committee Chairman Jeff Miller, R-Fla., and conservatives like Coburn have insisted on finding necessary offsets -- a goal that could prove a heavy lift for the conferees, who span the political spectrum.

For his part, Sanders has urged his colleagues to forge ahead regardless of cost if they want to honor the country's commitment to its veterans.

"War is an incredibly expensive proposition -- in terms of human life, human suffering and in financial terms," the Vermont independent said. "If we are not prepared to take care of those men and women who went to war, then we shouldn't send them to war in the first place. Taking care of veterans is a cost of war, period."

While lawmakers didn't offer a timeline for conference negotiations, Miller said he hopes to at least hammer out the "parameters" of an agreement before they break for a weeklong recess. Originally, lawmakers had hoped to have a bill on the president's desk by that time.