Republicans are slamming Joe Biden after the presumptive Democratic nominee made a verbal gaffe during a campaign stop in Pennsylvania and said 120 million people had died from the novel coronavirus.

As of Thursday, there have been more than 122,000 – not million -- coronavirus deaths in the United States, according to Johns Hopkins figures.

While Biden appears to immediately catch himself after his gaffe -- the pool video of Biden’s comments cuts off after he made the remark – Republicans were quick to jump on the former vice president’s comment.

President Trump’s reelection campaign team went after Biden even harder – calling him “very confused” and dredging up one of Biden’s past gaffes when he said that 150 million Americans had died from gun violence since 2007.

“Joe Biden is very confused,” the campaign tweeted out. “He's not playing with a full deck, folks. #BarelyThereBiden.”

Biden was in Lancaster, Pa., to discuss unveil his healthcare proposals as his campaign revs up for more appearances after months indoors amid the coronavirus pandemic. His campaign has focused on small group gatherings to mitigate chances of spreading COVID-19 instead of large public rallies like Trump has begun to hold again.

During his stop, Biden pushed the need to protect Affordable Care Act, or ObamaCare, while also taking shots at Trump’s recent comments on testing. Trump told a crowd at a rally over the weekend that he asked staff to slow down coronavirus testing. 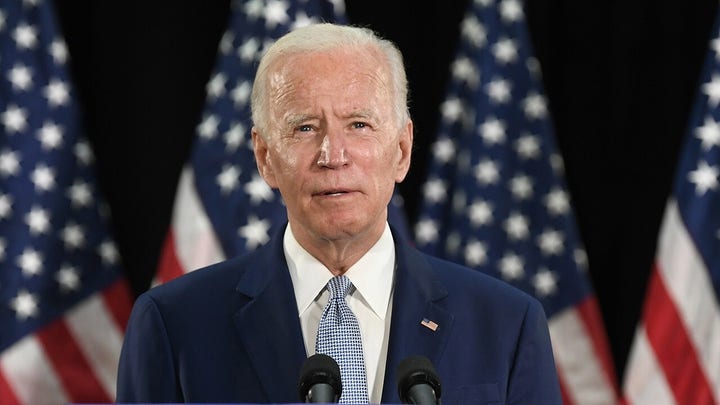 “He called testing, quote, a double edge sword,” Biden said. “Let's be crystal clear about what he means by that. Testing unequivocally saves lives and widespread testing is the key to opening our economy. That's one edge of the sword. The other edge, he thinks that finding out that more Americans are sick will make him look bad.”

Biden added: “Donald Trump needs to stop caring about how he looks to start caring about what America has happened to the rest of America.”

Biden’s verbal slip-ups have plagued him throughout his 2020 presidential bid with the Trump campaign using them as fodder to argue that the presumptive Democratic nominee is unfit for the Oval Office, as well as to draw attention away from Trump’s own mistakes. 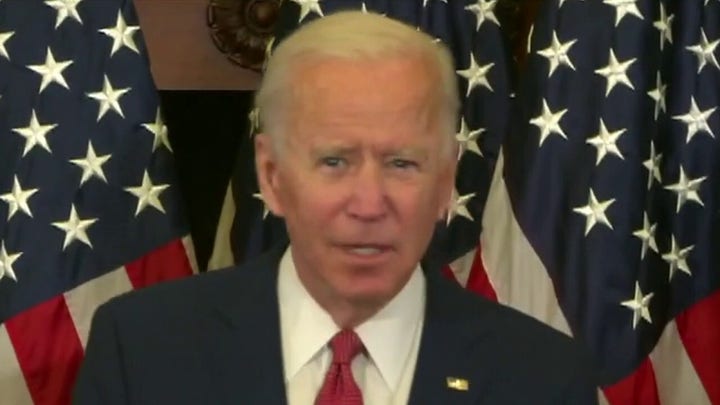 The president himself has been hammered by pundits and Democrats for false or misleading claims he’s made regarding the coronavirus pandemic – from his now infamous March 6 declaration that "anybody that wants a test can get a test" to claiming that the Obama administration had left him with bad or old tests for COVID-19 even though there could not have been a test until Trump's presidency.

Despite Biden’s slip-ups on the stump, his poll numbers against Trump continue to rise with a Real Clear Politics average showing the former vice president holding a 10 point lead over the current White House occupant with the general election less than five months away.