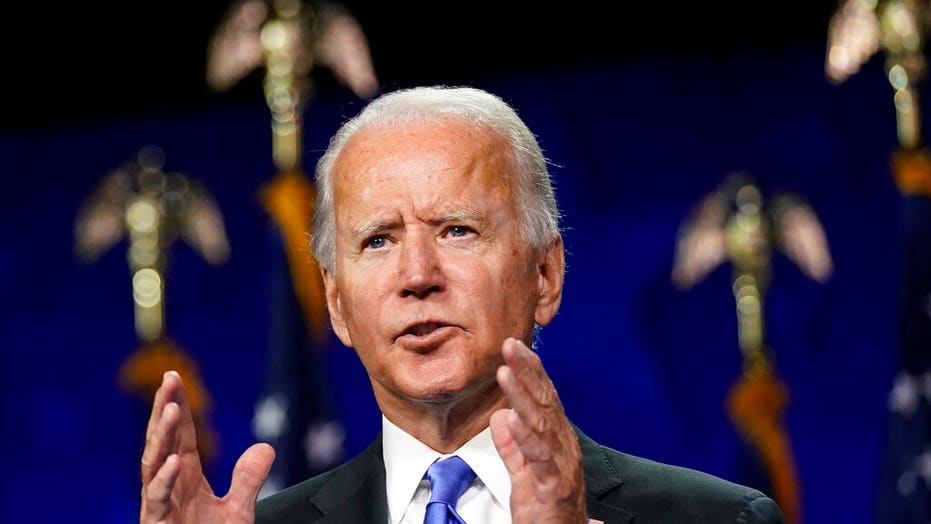 "What is worrying is the way he talks about 'insurrection' and people taking up arms. Have you ever heard a Democratic president of the United States speak like this?" Biden said during an interview with Telemundo's José Díaz Balart.

Trump in June controversially threatened to use the Insurrection Act to send the military to cities that do not control rioting.

But in the case of intense rioting in Portland, the “law and order” White House cited 40 U.S. Code 1315, which gives DHS the ability to deputize officers in any department or agency “in connection with the protection of property owned or occupied by the federal government and persons on that property.”

In the Telemundo interview, Biden said "I don't take anything for granted,” on his chances of winning the Hispanic vote. "I'm going to work really hard for every vote."

Polls in Florida have tightened up to a virtual tie between Biden and President Trump as Biden plans his trip to the Sunshine State. Recent surveys have indicated that Biden is underperforming with Latino voters amid a bunch of negative headlines regarding his outreach to Spanish-speaking voters in the state.

And among likely Latino voters in Florida, recent polls from NBC News/Marist and Quinnipiac University indicate the president with a slight edge over Biden. (A Monmouth University survey of Florida released on Tuesday indicated Biden with a large lead over Trump among Latino voters). That’s a significant switch from four years ago, when 2016 Democratic nominee Hillary Clinton crushed Trump by more than 25 points among Florida’s Latino voters, according to exit polls. The exit polls indicated that Latinos made up 19% of the state’s electorate.

Jennifer Molina, Biden campaign’s Latino outreach director, emphasized that "the Hispanic vote will be a deciding factor and we are not taking it for granted."