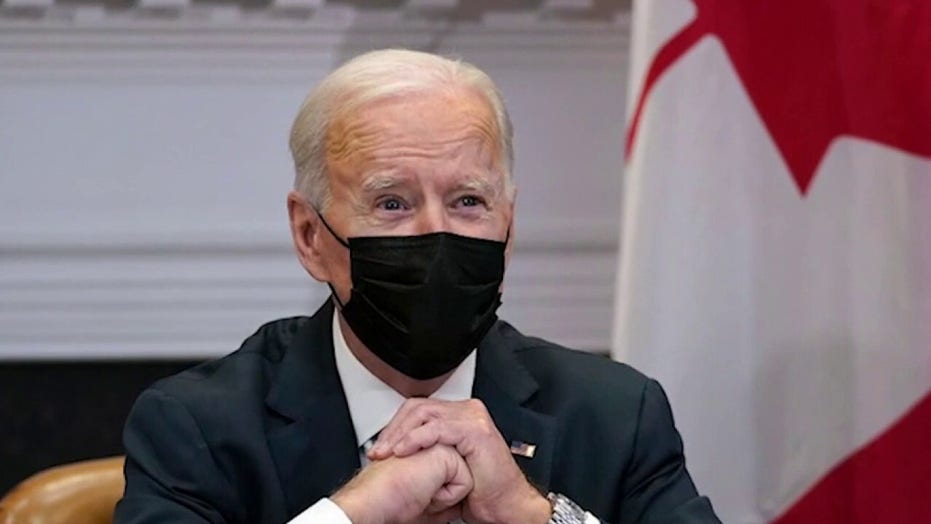 H.R. 1 would let the feds push the states out of election law.

Sunday is the anniversary of "Bloody Sunday," when civil rights protesters in Alabama, marching from Selma to Montgomery, were beaten by state troopers, spurring passage of the 1965 Voting Rights Act.

"During this current legislative session, elected officials in 43 states have already introduced over 250 bills to make it harder to vote," Biden said in a video on Sunday. "We cannot let them succeed."

"This is a landmark piece of legislation that is urgently needed," he said in Sunday's video. "I hope the Senate does its work so I can sign it into law."

Biden on Thursday celebrated the House passing H.R. 1, saying he would sign it if it passes the Senate.

Biden called it "urgently needed" to protect the right to vote and to "strengthen" democracy, and vowed to work with Congress to "refine and advance" the legislation.

The For the People Act of 2021, known as H.R. 1, passed Wednesday by a vote of 220 to 210. No Republicans joined with Democrats in approving the bill.

"When I say that the president urges Congress to take action that would prevent states from attempts at voter suppression, that applies to all states, and it applies to making sure that the federal government and private litigants have the tools necessary to prevent restrictive voting action," a senior administration official said at a background briefing.

The official said Biden's executive order can only "stem that tide" of "state voter suppressive action" in response to a reporter's question.

"I hear you and share the concern about the impact on voters and the subtraction of voters that can take place through state voter suppressive action, and it makes me sick to think about it. And I am so grateful to the president for taking every action that he can. Now, these are only to stem that tide," the official said.

Senate Minority Leader Mitch McConnell, R-Ky., last week slammed the legislation as "exactly the wrong response" to what he called the "distressing lack of faith in our elections," saying Democrats want to use their "temporary power" to "try to ensure they'll never have to relinquish it."