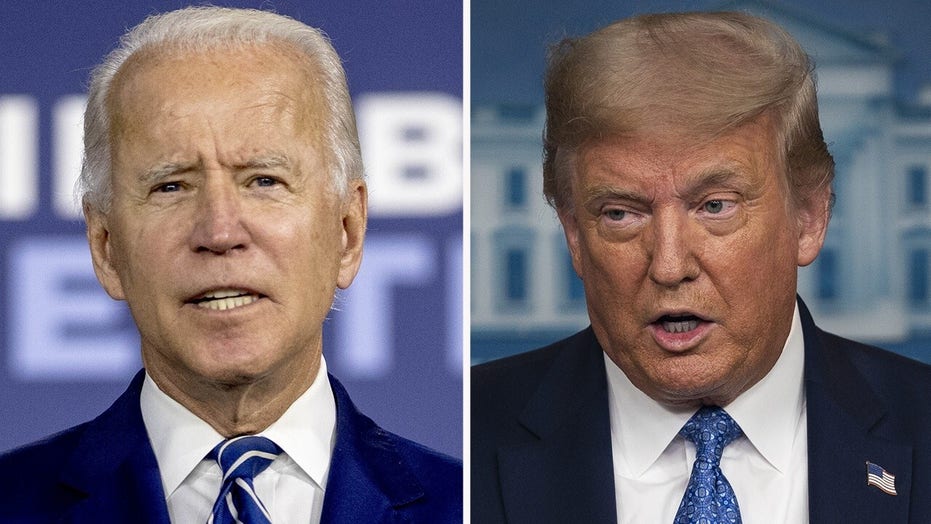 The commercials – shared first with Fox News – target the president over his handling of the coronavirus pandemic, which since February has claimed the lives of nearly 150,000 people in the U.S. New cases of the coronavirus have soared the past two months, forcing many states to pause or reverse the loosening of restrictions that were aimed at slowing the spread of the virus.

Those hardest hit by the coronavirus are seniors. “Among adults, the risk for severe illness from COVID-19 increases with age, with older adults at highest risk,” the Centers for Disease Control and Prevention states.

In the new TV commercial, a Greenfield, Wis., resident named Jessica shares a deeply personal story about the April 29 passing of her grandmother Susana Martinez, who died from COVID-19.

“Last time I saw my grandmother, we weren’t going to be allowed in the hospital. We asked if we could video chat her and everyone could say a little something. We gathered as a family and prayed. But the fact that she was alone, it just breaks my heart,” an emotional Jessica says in the ad.

And she charges that “the president made a huge mistake in downplaying this virus. There was a lack of leadership, a lack of responsibility, and a lack of resources. I felt like our elderly have not been a priority for this administration, that they don’t matter. And I feel like my grandmother didn’t matter.”

The Biden campaign says the ad will target daytime television shows that have high viewership among older Americans. And they say that a Spanish-language version of the commercial will run in Arizona and Florida.

In an accompanying digital spot that the campaign says will run on YouTube, Facebook and Instagram, the former vice president says that “our seniors, that are being hit the hardest. Let’s start by caring for aging parents and loved ones, making their homes safer but more importantly give them peace of mind, helping them live independently. Everyone’s entitled to be treated with dignity. Everyone.”

The $14.5 million the Biden campaign says it’s spending this week follows the $15 million it shelled out last week on an ad blitz. Until last week, the Trump campaign had vastly outspent Biden’s team in the general election ad wars on TV and digital.

DNC SLAMS TRUMP OVER CORONAVIRUS AS IT COURTS SENIORS

The new ads follow a TV commercial put up last week by the Democratic National Committee that also targeted seniors over the coronavirus.

A Fox News poll conducted two weeks ago indicated that the pandemic was the most important issue facing the country right now – and that by a 51-34 percent margin, registered voters thought Biden would do a better job than the president handling the outbreak.

The same survey indicated the two candidates virtually all tied up among seniors, with Trump at 47 percent and Biden at 46 percent.

An ABC News/Washington Post national poll conducted around the same time showed the Democratic challenger edging the GOP incumbent in the White House 51-46 percent among voters 65 and older.

Both polls represent a shift from the 2016 presidential election, when Trump defeated Clinton 52-45 percent among seniors, according to exit polls.

The new ad blitz continues the line of attack against the president by Biden, his campaign and allied super PACs, who’ve repeatedly slammed Trump for what they claim was an initial downplaying of the severity of the pandemic, a fumbling of the federal response and a push to prematurely loosen restrictions in order to jump-start an economy flattened by the outbreak.

Pushing back against the criticism, the president, his administration and his reelection campaign for months have repeatedly touted the federal government’s response to the crisis.

Trump recently has acknowledged a tough road ahead.

"It will probably, unfortunately, get worse before it gets better,” the president said last Tuesday – as he returned to the White House press briefing room to give his first coronavirus news conference since April. And putting aside his long-time reluctance to wear a mask or urge Americans to mask up to prevent the spread of the virus, the president stressed “whether you like the mask or not, they have an impact.”