Presumptive Democratic presidential nominee Joe Biden was one of many on the left to express dismay at the Supreme Court's Wednesday ruling that the Trump administration acted within its authority when it expanded exemptions to the Affordable Care Act (ACA) requirement that employers provide insurance that includes contraception, and promised he would return to an Obama-era policy should he be elected.

"As disappointing as the Supreme Court's ruling is, there is a clear path to fixing it: electing a new President who will end Donald Trump's ceaseless attempts to gut every aspect of the Affordable Care Act," Biden said in a statement. "If I am elected, I will restore the Obama-Biden policy that existed before the Hobby Lobby ruling: providing an exemption for houses of worship and an accommodation for nonprofit organizations with religious missions."

Years of litigation -- and the election of a new president -- have slowly morphed the original form of the contraceptive mandate. The ACA did not explicitly mention contraceptives, but said plans must cover certain preventive services laid out by the Health Resources and Services Administration (HSRA), which included contraceptives.

The Obama administration's HSRA always included a broad exemption for bona fide houses of worship and later came up with a narrower exemption, sometimes termed "accommodation," for charity groups with religious affiliations like Little Sisters of the Poor, which was at the center of Wednesday's decision. That narrower exemption allowed such groups to self-certify that they objected to paying for contraceptives, therefore obligating insurers or a "third-party administrator" to provide contraceptive coverage to the group's employees, according to a history of the regulation laid out in Justice Samuel Alito's concurring opinion Wednesday.

The Supreme Court held in a 2014 case called Burwell v. Hobby Lobby Stores, Inc., that some private companies could take advantage of the Obama exemption that applied to religious groups. And after a years-long dispute involving the Little Sisters, it said Wednesday that a Trump administration rule applying the broader house of worship exemption to charity groups is aboveboard. That case is called Little Sisters of the Poor v. Pennsylvania.

BIDEN COULD BE 'MOST PROGRESSIVE PRESIDENT SINCE FDR,' SANDERS PREDICTS

Biden said Wednesday that the Supreme Court's ruling would, in effect, pose a danger to women.

"Health care is a right that should not be dependent on race, gender, income or zip code. Yet as a result of today's decision, countless women are at risk of losing access to affordable, preventive care," he said.

Biden added that he believes the pre-Hobby Lobby policy would balance nonprofit employers' objections to contraceptives while also ensuring women can access them.

"The accommodation will allow women at these organizations to access contraceptive coverage, not through their employer-provided plan, but instead through their insurance company or a third-party administrator," he said.

The Trump campaign, however, characterized the Obama-era regulations as a "war" on charities like the Little Sisters of the Poor, which is a group of Catholic nuns who care for impoverished elderly people.

"Joe Biden’s decade-long war against Catholic nuns and the Little Sisters of the Poor is finally over," Trump 2020 Deputy Communications Director Ali Pardo said. "Today’s Supreme Court ruling is a landmark win for religious liberty. Unlike Joe Biden, President Trump has been a staunch defender of religious freedom since taking office and will always fight to defend communities of faith." 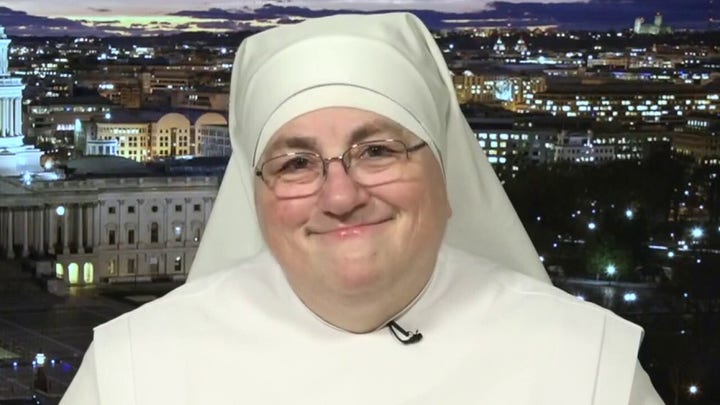 LITTLE SISTERS' LEGAL ORDEAL MAY NOT BE OVER, SUPREME COURT JUSTICES INDICATE

The Supreme Court justices also recognized the long-running legal dispute the nuns had been caught up in, including in Justice Clarence Thomas' majority opinion.

"For over 150 years, the Little Sisters have engaged in faithful service and sacrifice, motivated by a religious calling to surrender all for the sake of their brother," Thomas wrote. "But for the past seven years, they — like many other religious objectors who have participated in the litigation and rulemakings leading up to today’s decision — have had to fight for the ability to continue in their noble work without violating their sincerely held religious beliefs."

Alito, in a concurrence joined by Justice Neil Gorsuch, foreshadowed that the Little Sisters' legal battle might not be over, citing a further administrative law challenge the states behind the dispute against the Little Sisters might be able to bring.

"We now send these cases back to the lower courts, where the Commonwealth of Pennsylvania and the State of New Jersey are all but certain to pursue their argument that the current rule is flawed on yet another ground, namely, that it is arbitrary and capricious and thus violates the APA," he said.

Alito advocated that the court should go a step further than Thomas' opinion and rule that the Trump administration's exemption was actually required by the Religious Freedom Restoration Act (RFRA), therefore heading off any further legal action on the rule.

"I would bring the Little Sisters’ legal odyssey to an end," he said.