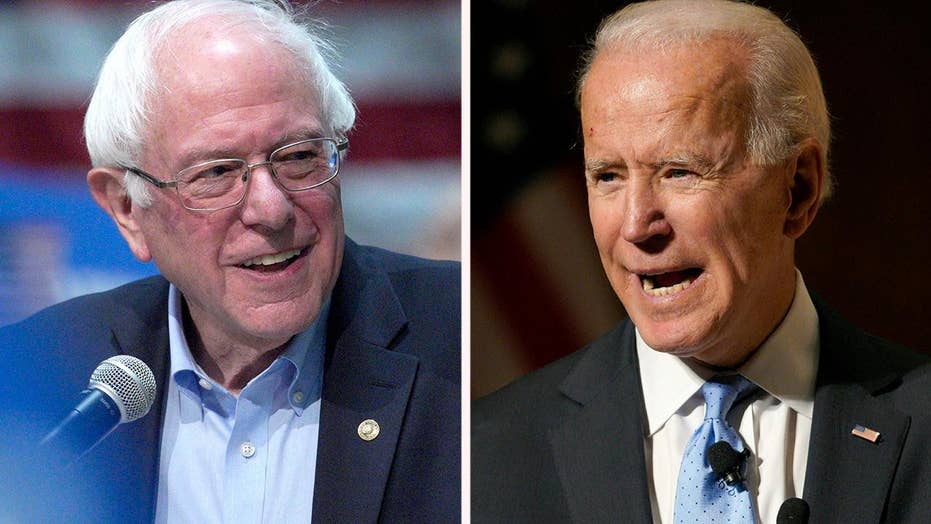 He’s not even a declared candidate, but former Vice President Joe Biden remains on the top of the polls in the race for the Democratic presidential nomination, including a new national survey released Monday from Monmouth University.

And right behind him in public opinion surveys is Sen. Bernie Sanders, who last month launched his second straight bid for the White House.

It's no surprise that the 76-year-old Biden and 77-year-old Sanders are ahead of the rest of the ever-expanding field of Democratic White House hopefuls, which right now stands at 14. It illustrates that polling in the 2020 race – at this very early point in the cycle – is being dominated by name recognition. Biden and Sanders have national profiles that overshadow the other contenders, including high-profile Sens. Kamala Harris of California, Elizabeth Warren of Massachusetts and Cory Booker of New Jersey.

The latest evidence is the Monmouth poll, which puts Biden at 28 percent, followed by Sanders at 25 percent.

Both are far ahead of Harris at 10 percent and Warren at 8 percent. Former Rep. Beto O’Rourke of Texas – who’s leaning toward a presidential run – registered at 6 percent. Five percent of those polled were supporting Booker, with 3 percent backing Sen. Amy Klobuchar of Minnesota.

All of the other declared or potential contenders stood at 1 percent or lower.

It was a similar story in a poll of likely Democratic Iowa caucus-goers released this weekend. Iowa votes first in the presidential caucus and primary calendar.

Biden topped the survey at 27 percent, with Sanders 2 percentage points back. Warren stood at 9 percent and Harris at 7 percent in the poll, which was conducted by the Des Moines Register, CNN and Mediacom. O'Rourke registered at 5 percent, with Booker and Klobuchar at 3 percent. Everyone else stood at 1 percent or less.

The poll indicated that Biden had a 15-point lead over Sanders among voters 45 and older, with Sanders holding a 9-point advantage among younger voters.

There's one exception so far to the Biden-Sanders pecking order. In New Hampshire – which traditionally holds the first presidential primary – the independent senator from Vermont actually holds a slight edge over Biden in the two most recent polls.

The Iowa survey indicates strong support for GOP President Trump among Iowa Republicans, with 81 approving of the job Trump’s doing in the White House.

But as the president runs for re-election, the poll shows that 40 percent of likely Iowa Republicans say they hope Trump faces a challenger for the GOP nomination. A recent University of New Hampshire survey found similar results among those likely to vote in the Granite State’s Republican primary.