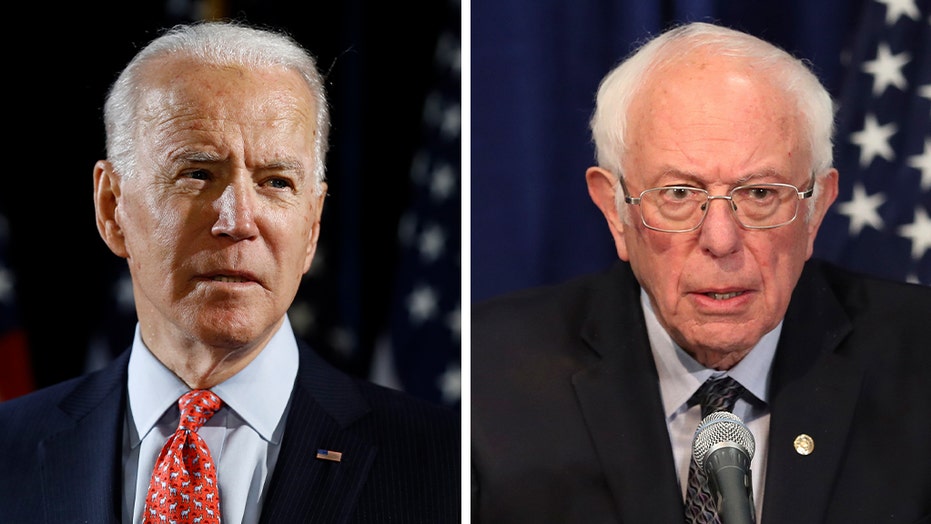 The Democratic presidential campaigns of Joe Biden and Sen. Bernie Sanders, I-Vt., are asking staffers to work from home in an effort to prevent the spread of the coronavirus.

The Biden campaign said it will continue to reach out to voters through phone calls, text messaging and other means, including small gatherings and virtual town halls.

The former vice president's Philadelphia headquarters and field offices across the U.S. will be closed for at least two weeks beginning Saturday, according to a memo to staff from campaign manager Jen O'Malley Dillon and senior adviser Anita Dunn.

The campaign's Public Health Advisory Committee will decide which kind of events to host moving forward, The Hill reported. In the meantime, Biden will speak to a small group of people in Illinois via a video hookup.

Sanders campaign spokesman Mike Casa told Fox News that staffers were asked to work from home and that the campaign would “no longer hold large events or door-to-door canvasses, instead moving to digital formats and outreach wherever possible.”

Both candidates canceled rallies earlier this week in Ohio amid concerns over large gatherings. Messages to the Biden campaign from Fox News were not returned.

President Trump announced Thursday that he canceled planned rallies in Las Vegas and Reno, Nevada, over the virus.

The announcement comes a day after he halted travel between European countries and the U.S. for 30 days to contain the illness.