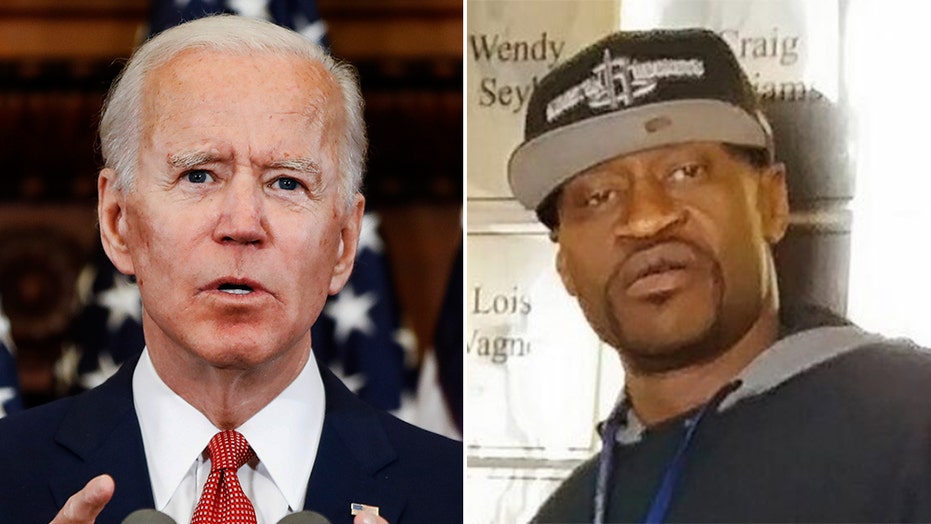 Biden: It's time to deal with systemic racism

The Joe Biden campaign on Tuesday sent an email to its supporters that highlighted "George Floyd's last words" in a message that included a link for people to donate to the campaign, a move which drew criticism from conservatives like Donald Trump Jr. Wednesday.

The lengthy email tore into President Trump's handling of the unrest following Floyd's death last week while in the custody of the Minneapolis Police Department, called for an end to violence from rioters and said that Biden would create a "national police oversight commission."

The message was saved by "The Archive of Political Emails," a project run by the Defending Democracy Together Institute, a self-styled center-right group.

BIDEN HAS EDGE OVER TRUMP ON HANDLING RACE RELATIONS: POLL

The element in the Biden email that drew Trump Jr.'s ire was the email's opening, which used Floyd's words while a Minneapolis police officer was using his knee to pin Floyd to the ground by his neck to grab readers' attention.

"'I can't breathe.' 'I can't breathe,'" the email read. "George Floyd’s last words. But they didn’t die with him. They’re still being heard. They’re echoing across this nation."

The email continued: "They speak to a nation where too often just the color of your skin puts your life at risk... It’s a wake-up call for our nation. For all of us."

The email did not directly ask for people to donate to the Biden campaign, but at the bottom included a button that recipients could click to "donate to elect Joe Biden."

After a Twitter user pointed out the fundraising tactic, Trump Jr., responded with sharp criticism.

"The @JoeBiden campaign is shamelessly fundraising off of the death of George Floyd," he said. "People are still grieving and Joe’s using this awful tragedy to line the pockets of his campaign. Not right... but also not surprising!"

The Biden campaign did not immediately respond to a request for comment.

The Trump campaign's emails to supporters, however, have not been silent about the unrest following George Floyd's death. It sent two emails within 24 hours this week slamming Antifa, the far-left militant movement that calls itself "antifascist," which Trump said Sunday he would designate as a terrorist group.

"Dangerous MOBS of far-left groups are running through our streets and causing absolute mayhem. They are DESTROYING our cities and rioting - it’s absolute madness," the emails, which have different subject lines but identical content, read. "President Trump has made it clear he will not tolerate their disgusting acts of violence against innocent citizens, which is why the United States will be formally designating ANTIFA as a Terrorist Organization."

The email asks supporters to add their name to a list of Americans who support the decision to declare Antifa a terrorist group. "The President wants to know who stood with him against the TERRORIST group, Antifa," the emails say. 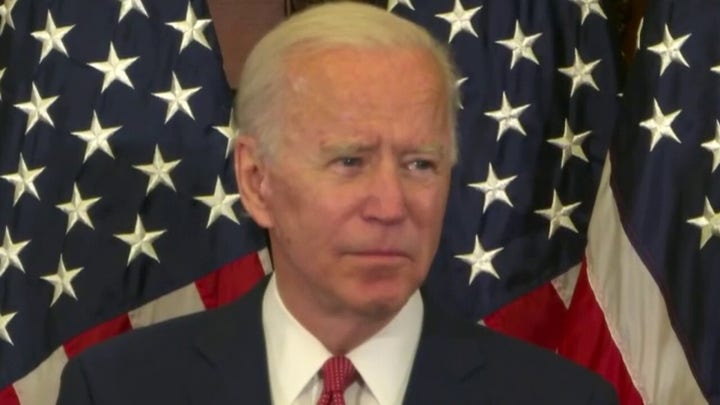 The Trump emails do not ask for money from supporters and include no fundraising link, unlike the Biden emails. They also do not mention George Floyd. But by asking supporters to write down their email addresses, the Trump campaign would likely be building its internal email list, which could later be leveraged to send fundraising pleas to supporters.

Antifa does not have any defined organizational hierarchy and is an American movement -- a fact that has led some to question the validity of the president's move to dub it a terror group. Antifa, which appears likely to have contributed to at least some of the violence in American cities in recent days, has been a target of Republican politicians like Trump who have sought to take a law-and-order stance condemning the riots while also making clear they support peaceful protesters upset over Floyd's death. They say Antifa agitators have been crossing state lines to co-opt the protests for their own purposes.

Some on the left, on the other hand, have alleged that there are right-wing white supremacists fomenting the unrest on the streets. This was the claim made last week by Minneapolis Mayor Jacob Frey, who said "[w]e are now confronting white supremacists, members of organized crime, out of state instigators, and possibly even foreign actors to destroy and destabilize our city and our region."

However, a report by KARE 11 showed the majority of arrests late last week by Minneapolis-based police agencies were of people from the Minneapolis area, undercutting claims by both Democrats and Republicans.

The Biden email does not mention Antifa, but does condemn violence as a reaction to Floyd's death and excessive uses of force by police against protesters.

"But there is no place for violence," the email says. "No place for looting or destroying property or burning churches, or destroying businesses ‑‑ many of them built by people of color who, for the first time, were beginning to realize their dreams and build wealth for their families. Nor is it acceptable for our police ‑‑ sworn to protect and serve all people ‑‑ to escalate tensions or resort to excessive violence. We need to distinguish between legitimate peaceful protest ‑‑ and opportunistic violent destruction."

The officer who knelt on Floyd's neck, Derek Chauvin, was arrested and charged with third-degree murder and manslaughter. Reports say Minnesota's Attorney General’s Office on Wednesday is planning to upgrade his charges to second-degree murder. Three other officers who lost their jobs over their involvement in the incident that allegedly led to Floyd's death are also expected to face charges Wednesday. Two different autopsies of Floyd, one commissioned by his family and another by the Hennepin County Medical Examiner's office, each ruled Floyd's death was a homicide.

Fox News' Gregg Re, Vandana Rambaran and Bradford Betz contributed to this report.