But the all-but-certain Democratic presidential nominee predicted “there’s going to be a great deal more absentee balloting” or voting by mail. And he rejected President Trump's claim on "Fox & Friends" this week that a vote-by-mail proposal by House Democrats would have ensured no Republicans would ever be elected again.

Biden, in an interview Tuesday night on MSNBC, called the argument “absolutely ridiculous.”

The former vice president said that due to the coronavirus pandemic, November’s election indeed “may be virtual.”

With the coronavirus outbreak forcing social distancing and keeping most Americans in their homes in hopes of preventing a spread of the virus, the Democratic presidential nomination calendar has been upended, with many states postponing their remaining contests.

Ohio lawmakers also moved to extend the deadline for mailed-in ballots in that state’s presidential primary through April 28.

The Ohio primary was originally scheduled for March 17.

Under a bill passed by the legislature recently and signed into law by Gov. Mike DeWine, postcards are being sent to every registered voter to explain how they can obtain a vote-by-mail application. Ballots must be postmarked by April 27 and received by May 8 to be counted. The state will allow an extremely limited group of people – mostly disabled voters – to cast a ballot in person.

The $2 trillion economic stimulus package passed by Congress and signed into law by Trump last week – which aims to help workers, small businesses, and large companies devastated by the shut-down of much of the nation’s economy due to the pandemic, as well as provide aid to hospitals on the front lines in the crisis – also included $400 million to help states move toward mail-in voting.

House Speaker Nancy Pelosi, who had pushed for $4 billion in funding for election assistance, predicts that “in terms of elections, I think we’ll probably be moving to vote by mail.” Proposals in her House bill -- which didn’t make the final cut -- included requiring states to send absentee ballots to all registered voters, mandating online and same-day voter registration, and expanding early voting. All of those moves have long met with opposition from many Republicans.

"The things they had in there were crazy. They had things, levels of voting that if you ever agreed to, you would never have a Republican elected in this country again," Trump said on "Fox & Friends." "They had things in there about election days and what you do and all sorts of drawbacks. They had things that were just totally crazy." 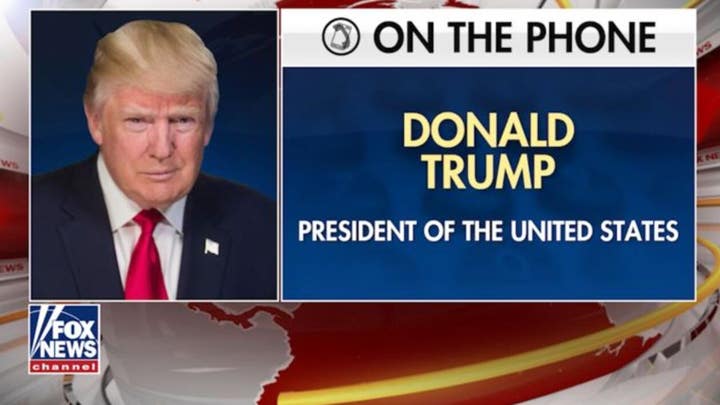 And the former vice president agreed that the secretaries of states in all 50 states should be looking into providing secure remote voting possibilities.