Explosions are being heard in Ukrainian capital of Kiev

Fox News correspondent Steve Harrigan discusses what is happening on the ground in Kiev as blasts can be heard in the city on ‘Fox News @ Night.’

The way candidate Joe Biden told it on the campaign trail, things were simple: elect him president, and the world order would return to one in which America was not to be crossed.

"The world does not organize itself. American leadership, backed by clear goals and sound strategies, is necessary to effectively address the defining global challenges of our time," Biden's campaign website asserted. "In order to lead again, we must restore our credibility and influence. From day one of a Biden administration, other countries will once again have reason to trust and respect the word of an American president."

And he also talked tough about Russian President Vladimir Putin.

But just over 13 months since President Biden took office, the post-Cold War world order is on the verge of crumbling altogether.

Military vehicles are seen on a street on the outskirts of the separatist-controlled city of Donetsk, Ukraine, Feb. 23, 2022. (Reuters)

It started with a humiliating American exit from Afghanistan, in which desperate Afghans clung to departing American planes only to fall to their deaths, the safety of American soldiers was dependent on Taliban fighters, and American civilians were stranded in the country after their president broke his promise not to leave them behind.

King of the hill

The global order now resembles something closer to a worldwide version of king-of-the-hill. Russia is waging a violent invasion of Ukraine – despite Biden's assurances that, if he was elected, Putin would no longer bully Eastern Europe.

White House press secretary Jen Psaki was pressed Tuesday on Biden's promise that Putin would no longer seek to "intimidate" Eastern Europe, but she denied that Biden's guarantee had fallen short.

"I would look at it, actually, from the prism of: The United States and President Biden has rallied the world, rallied Europe to stand up against the efforts and the actions of President Putin," Psaki said.

Russia launched a full-scale war against Ukraine after Putin declared a "special military operation" in the country. Putin is widely acknowledged to have sought a pretext to invade after gathering Russian troops en masse along the Ukrainian border and declaring the independence of two Ukrainian regions.

A total of 137 Ukrainian soldiers and civilians had died as of early Friday, Ukrainian President Volodymyr Zelenskyy said in a video address. That number was expected to rise.

The Russian offensive appeared to be the beginning of a "large-scale invasion" aimed at taking down the capital city of Kyiv, a senior U.S. defense official said Thursday.

"It's our assessment that they have every intention of basically decapitating the government," the official said, specifying that "they're making a move on Kyiv."

International observers were alarmed at the possibility of the violence spilling beyond Ukrainian borders into a broader European war.

It's not just Russia seeking to capitalize on global instability, either. 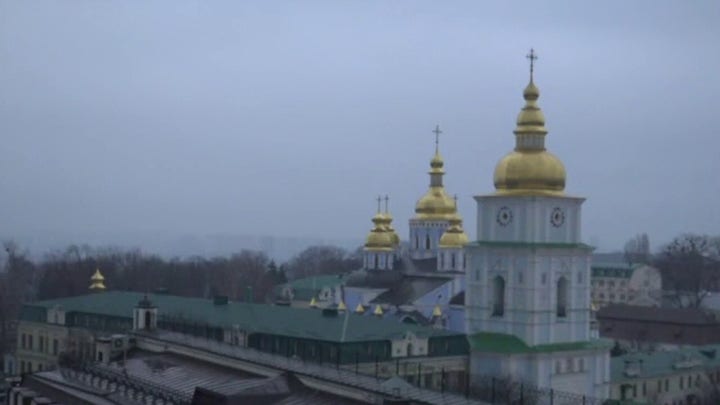 China  is, by all appearances, looking to seize control of Taiwan. Chinese Communist Party (CCP) propagandists have been told as much.

One Chinese state media outlet appeared to accidentally post guidelines on what should and should not be published about the Russia-Ukraine conflict, while an editor from another outlet weighed in with guidance on language and approaches that he believed necessary in walking a fine line.

Horizon News, a social media account belonging to CCP-owned Beijing News, appeared to post instructions along with a note that no posts unfavorable to Russia or with pro-Western content should be published.

Ming Jinwei, senior editor at Xinhua News Agency, similarly wrote in his WeChat blog about how his outlet needed to walk a tight line on its Ukraine coverage, noting that China "has to back Russia up with emotional and moral support while refraining from treading on the toes of the United States and European Union."

His post added: "In the future, China will also need Russia’s understanding and support when wrestling with America to solve the Taiwan issue once and for all." 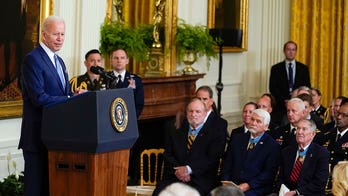 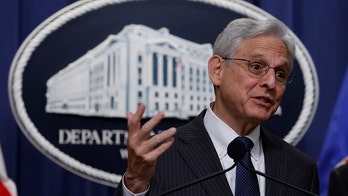