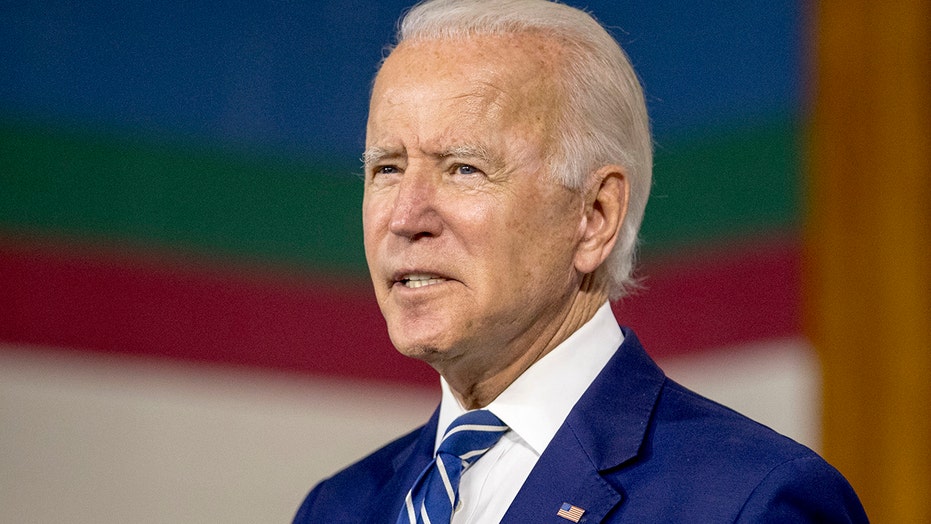 Joe Biden, through his presidential campaign, is proposing over $8 trillion in new spending on a variety of programs – an ever-increasing tally that rises to around $10 trillion based on some estimates.

The hefty price tag counts several of his most expensive plans, including a $2 trillion climate plan and a $775 billion program for universal preschool, and expanded child care and in-home elder care that was announced on Tuesday.

The spending – taking place over 10 years – would represent a significant increase in the overall federal budget. The government spent $4.1 trillion in all of 2018 and $4.45 trillion in 2019, according to the Congressional Budget Office (CBO) and Office of Management and Budget (OMB). That number, however, is likely to be much higher for 2020 and 2021 due to coronavirus relief spending, which by itself has alarmed fiscal hawks.

President Trump has also faced criticism from budget watchdogs for his role in soaring deficits – fueled by historic spending as well as big tax cuts. But his campaign warns that his Democratic opponent would only accelerate the spending.

"As Biden’s unaffordable left-wing agenda gets more expensive by the day, it’s obvious why he plans to raise taxes on the middle-class," Trump campaign rapid response director Andrew Clark said in a statement. "In addition to being gut-punched by Biden’s tax hikes, Americans will have to grapple with Biden’s war on energy, which will cause higher gasoline and electricity prices while decimating millions of energy jobs."

By more conservative estimates from Biden's campaign – and the nonpartisan spending watchdog Committee for a Responsible Federal Budget (CRFB) in cases where Biden's campaign does not provide estimates – Biden has proposed at least $8.09 trillion in new spending.

That would be offset partially by some revenue-raising measures, including reversing some Trump tax cuts, but the Biden plans would still almost certainly end up increasing the federal deficit. The Wall Street Journal estimated that the candidate's proposals would raise about $4 trillion in revenue as compared with about $7 trillion in spending. Its estimate was made before the release of the preschool, child care and elder care proposal announced Tuesday and does not count Biden's climate plan.

To help pay for his new $775 billion proposal, Biden would tax real estate investors with incomes over $400,000 and take steps to increase tax compliance for high-income earners. Additional tax measures accompany other Biden plans, including his infrastructure proposal.

"Every cent of Joe Biden’s $1.3 trillion investment in our nation’s infrastructure will be paid for by making sure the super-wealthy and corporations pay their fair share," his campaign website states. "Specifically, this investment will be offset by revenue raised through reversing the excesses of the Trump tax cuts for corporations; reducing incentives for tax havens, evasion and outsourcing; ensuring corporations pay their fair share; closing other loopholes in our tax code that reward wealth, not work; and ending subsidies for fossil fuels."

But there is disagreement on how much some individual items could cost. The CRFB, for example, projects that Biden's health care plan, which includes a government-backed public option, is likely to cost $2.25 trillion, rather than the campaign's $750 billion projection. Additionally, The Wall Street Journal has reported that Biden's Social Security expansion, for which a number was not available from the Biden campaign, would cost $450 billion. 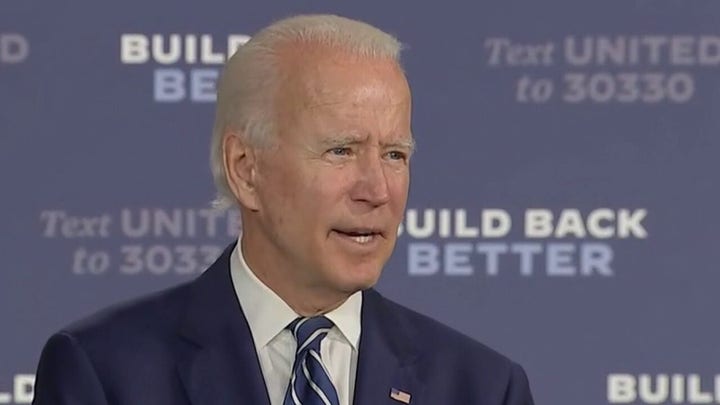 If these high-end estimates are counted, spending increases over 10 years could approach or exceed $10 trillion.

The Biden campaign, however, says these plans are necessary to fix major problems facing the country.

"The pandemic has laid bare just how hard it is for people in this country to find access to quality caregiving they need for themselves, or to juggle the responsibilities of working and also caring for family members," the campaign said as it rolled out its caregiving plan.

"From coastal towns to rural farms to urban centers, climate change poses an existential threat – not just to our environment, but to our health, our communities, our national security and our economic well-being," it says on the page explaining its climate plan.

The Biden campaign, in a statement to Fox News, also attacked the Trump administration for its spending habits.

"The Trump administration is on track to approve more than $4 trillion in additional spending this year alone – at this rate, that's more than $40 trillion over 10 years. That’s on top of an unpaid for $2 trillion tax cut primarily for big corporations and the wealthiest Americans," Biden rapid response director Andrew Bates said. "Joe Biden refuses to accept the argument that there is no money left to make bold, long-term investments that will create millions of jobs, grow our economy, rebuild the American middle class and bring everyone along."

The spending statistic of course reflects a year in which an unprecedented pandemic essentially shut down the nation's economy, leading to desperate calls for fiscal stimulus to keep Americans afloat from both sides of the aisle – including from Biden. However, the Trump administration has done very little to cut spending overall and is on track to add more debt in its first term than former President Barack Obama did in his.

Nevertheless, Biden's plans would result in trillions of new spending that would be funded with increases in taxes and still likely contribute to an increase in the already $26.5 trillion national debt.