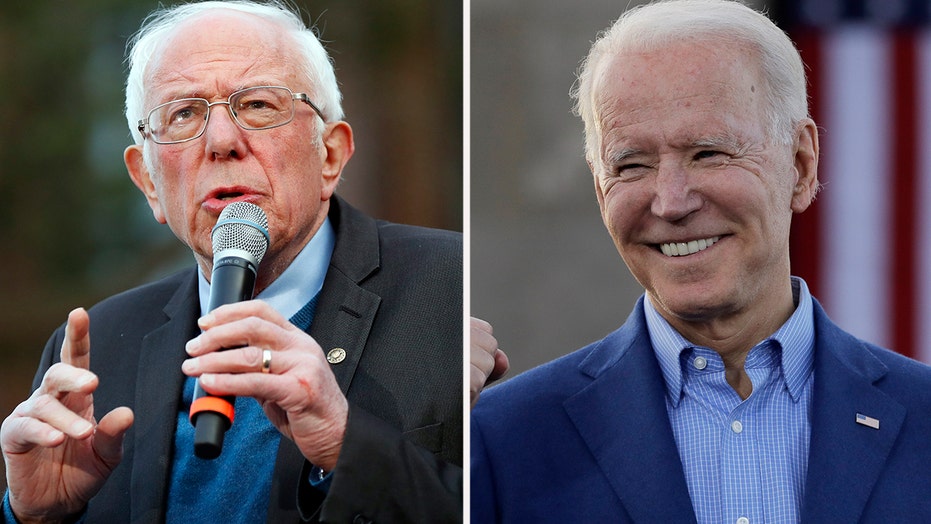 Democratic strategist Angela Dorn and Ted Harvey, chairman of the Committee to Defend the President, join the debate.

Former Vice President Joe Biden holds a double-digit lead over Sen. Bernie Sanders, I-Vt., on the eve of the Michigan primary, according to a new poll in the state with the most delegates up for grabs among Tuesday’s Democratic presidential nomination contests.

The poll was conducted Thursday through Sunday, entirely after Biden’s sweeping victories last week on Super Tuesday, when he won 10 of the 14 state contests that were held and took a roughly 90-delegate lead over Sanders.

Biden leads Sanders by 14 percentage points among white voters in Michigan and tops Sanders by 17 points among non-white voters. The former vice president crushes the populist lawmaker and self-described democratic socialist by 38 points among voters 50 years old and over, while Sanders holds an 11-point advantage among those under age 50. Biden holds a 20-point lead among female voters, with men pulling for Sanders by 10 points.

The delegate haul and political symbolism of Michigan make it the undisputed prize on Tuesday.

“Biden appears to have the advantage because he is doing well among some groups that Sanders won four years ago. But as we learned in 2016, Michigan can defy expectations,” Patrick Murray, director of the independent Monmouth University Polling Institute, said in a statement.

“The 2016 Michigan Democratic primary is considered to be the biggest polling miss of that cycle. Polls released in the week before the state primary showed Hillary Clinton with anywhere from a 10 to 27 point lead – Monmouth’s poll had her up by 13 points – but Sanders ended up winning the contest by just over a percentage point,” Murray explained.

One percent of those questioned in the new survey back the only other remaining candidate in the race — extreme long shot Rep. Tulsi Gabbard of Hawaii. Two percent are undecided and roughly 4 percent cast an early absentee ballot for one of the contenders who dropped out of the race since Biden’s landslide victory in the South Carolina primary nine days ago. Since then, most of Biden’s former rivals and much of the Democratic Party establishment have backed the former vice president.

“Michigan’s margin was razor thin in 2016 and the state is looking to be close again in 2020. There may be a little slippage in Trump’s vote from four years ago, but this is all within the margin of error right now,” Murray said.