Top officials for the incoming Biden administration are warning that some changes to President Trump’s immigration policies will "take time" – and migrants should not expect the border to be "fully open" right away.

"We will be able to take some steps to change policies right away," Rice said, in comments first reported by The Washington Post. "Others will take time to put in place, and the situation at the border will not transform overnight due in large part to the damage done over the last four years. But we are committed to addressing it in full."

Specifically, Biden had promised in January to end the Migrant Protection Protocols (MPP) on "day one" of his administration. That policy, known as the "Remain-in-Mexico" policy, has been the cornerstone of the Trump administration’s efforts to end "catch and release" – the term officials used to described migrants being released into the interior to await their immigration hearings.

More than 60,000 migrants have been returned to Mexico under MPP until their hearings are held in tent courts right at the border. Critics have called the policy cruel and one that leaves migrants in danger in Mexico. 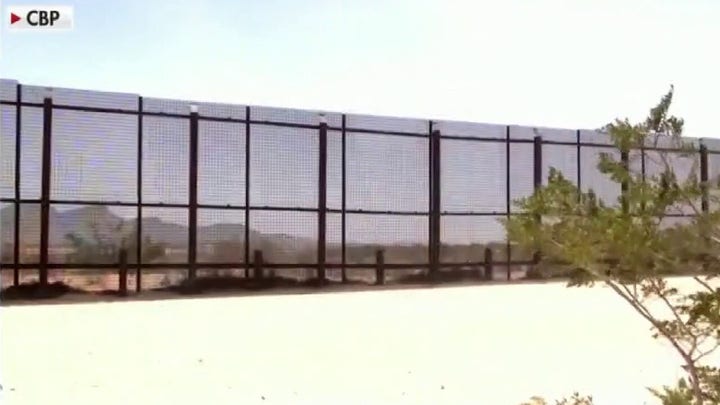 But the Trump administration has said it has been effective in removing the pull factors drawing migrants to the border and warned that reversing it will lead to a surge at the border.

Amid those fears of a surge at the border, if the policy was turned off, Sullivan said MPP would be ended "early" in the administration, but indicated there would be no day-one reversal.

"MPP has been a disaster from the start and has led to a humanitarian crisis in northern Mexico. But putting the new policy into practice will take time," he said. "The current administration dismantled much of the necessary capacity to ensure the safe and orderly processing of migrants. We need time to increase processing capacity and to do so consistent with public health requirements."

Asked about the Centers for Disease Control and Prevention (CDC) order that allows migrants to be quickly returned to their home countries for public health reasons – often within minutes or hours – Rice indicated that such a change will not be immediate.

"The current administration has badly damaged our asylum laws and processing capacity at the border at great cost to migrants seeking asylum," she said. "Because of that, as well as the challenges presented by COVID-19, the Biden administration will need time to fix the situation."

She went on to warn migrants considering a crossing once Biden takes office that claims that the border will be open are premature.

"Processing capacity at the border is not like a light that you can just switch on and off," she said. "Migrants and asylum seekers absolutely should not believe those in the region peddling the idea that the border will suddenly be fully open to process everyone on Day 1. It will not."

"Our priority is to reopen asylum processing at the border consistent with the capacity to do so safely and to protect public health, especially in the context of COVID-19," she said. "This effort will begin immediately but it will take months to develop the capacity that we will need to reopen fully."

Sullivan echoed the sentiment, also warning migrants not to make the journey, adding that Biden wants to improve the situation in the region – in part through a $4 billion investment.

"The work to establish these programs and the additional assistance in the region will begin as soon as President-elect Biden takes office, but increasing processing capacity and changing policy at the border will take time," he said. "Given the pandemic and the large number of migrants already waiting in northern Mexico, now is not the time to undertake the dangerous trip to the United States."

Biden has promised to take a radical turn away from Trump’s policies, including ending the building of the border wall, placing a 100-day moratorium on Immigration and Customs Enforcement (ICE) deportations, creating a pathway to citizenship for illegal immigrants and ending asylum cooperative agreements with Northern Triangle countries that helped stem the flow of migrants to the border.

While Sullivan said the ending of the ACAs would happen "promptly," Rice noted that immigration reform to allow pathways to citizenship requires laws to be passed by Congress and that the administration can’t do it by itself.

"We need legislative changes to make enduring repairs to our immigration system, and the president-elect will share his vision with Congress," she said.