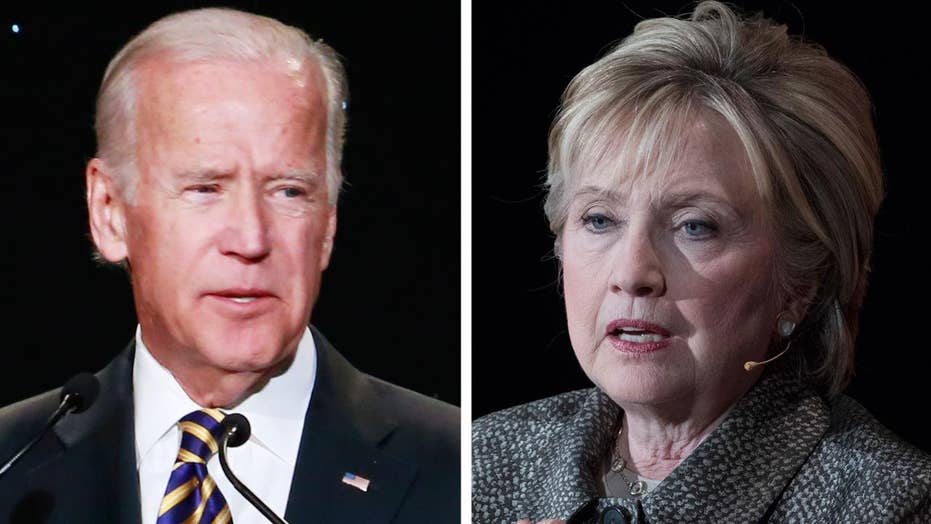 The former VP, who continued to leave the door open just a crack to a possible 2020 run, spoke at a hedge-fund manager conference in Las Vegas.

"No man or woman should announce for the presidency unless they genuinely believe that for that moment in the nation’s history they are the most qualified person to deal with the issues facing the country."

Biden also may have been publicly musing about his own plans. He reportedly said he’s focusing on his family right now, but if it looks like he’s the best person to run, “I may very well do it.”

Biden still said Clinton would have made a very good president.

But the knock on her fitness as the party’s standard-bearer candidate was startling considering how tirelessly President Obama and other Democratic luminaries campaigned for her last fall.

Clinton has emerged in recent weeks from a period of privacy and reflection to discuss last year’s defeat. In public remarks, she has partly blamed campaign email leaks tied to Russia and former FBI Director James Comey’s decision to revisit her own personal email scandal days before the election, only to close the case again in the final hours.