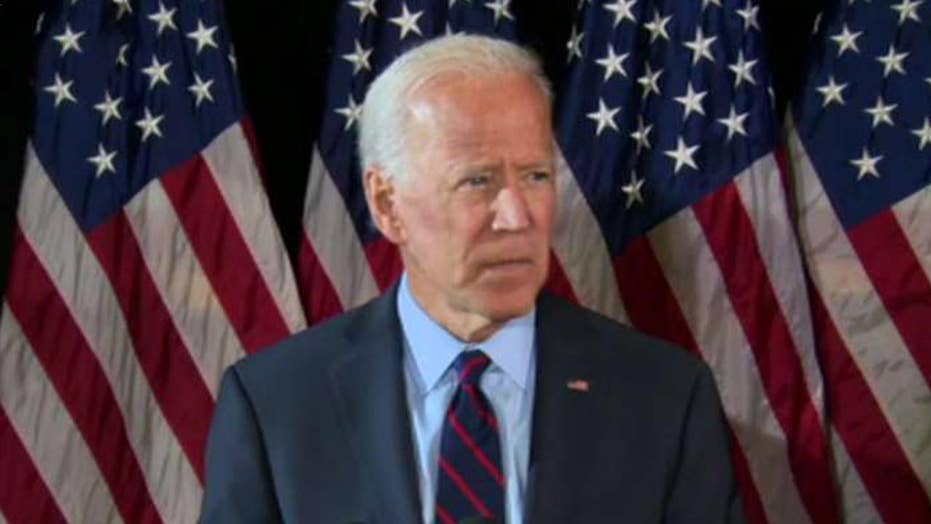 The Democratic presidential candidate, speaking in Delaware, stopped short of endorsing outright impeachment, but the statement signaled he is opening the door to those proceedings -- which many of his primary rivals have already demanded.

PELOSI TO ADDRESS GROUNDSWELL OF TRUMP IMPEACHMENT CALLS INSIDE CAUCUS, AMID UKRAINE FUROR

“It is time for the Congress to formally investigate the conduct of this president,” Biden said Tuesday, saying that Trump “should stop stonewalling” House committee investigations into his alleged misconduct.

“If the president does not comply with requests from Congress … Donald Trump will leave Congress no choice, in my view, but to initiate impeachment,” Biden said.

“That would be a tragedy, but a tragedy of his own making.”

Biden’s comments come after Trump vowed to release the transcript of a now-controversial phone call over the summer with Ukrainian President Volodymyr Zelensky. The move came after it was confirmed that the White House froze nearly $400 million in aid to Ukraine shortly before Trump allegedly pressured Zelensky to investigate Biden and his son Hunter.

The White House contended that the reason for the freeze was tied to concerns about corruption. Multiple administration sources told Fox News on Tuesday that Trump wanted to be confident that the incoming Zelensky administration was going to take steps to end corruption before releasing the money.

The aid to Ukraine also came up in the context of other countries and questions about whether they were paying their share, sources said.

Trump, on the sidelines of the United Nations General Assembly on Tuesday, insisted he only sought to hold up the Ukraine aid because he “wanted other countries to pay.” 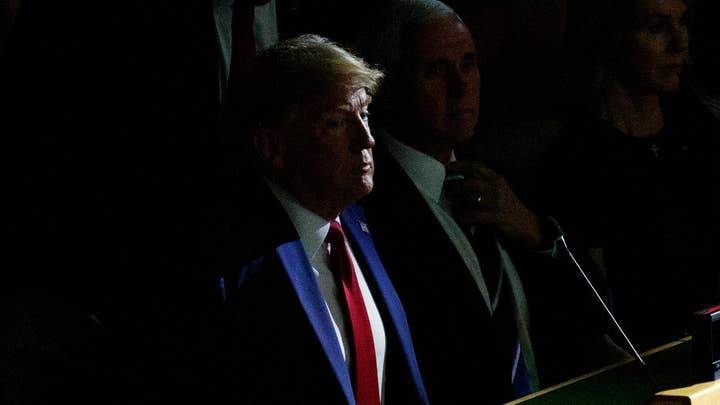 “No I didn’t — I didn’t do it,” Trump said, also calling the Biden’s actions in Ukraine a “disgrace,” and adding: “It’s very important to talk about corruption. … Why would you give money to a country that you think is corrupt?”

The furor began after a whistleblower complaint was reported last week, involving claims that Trump made an unspecified “promise” to Zelensky. A person familiar with the situation told Fox News that the whistleblower in question did not have “firsthand knowledge” of Trump’s conversation with Zelensky, but Democrats nonetheless want to see the complaint.

Biden demanded that the administration make the complaint available to Congress, along with other documents and information that's been requested.

Biden has acknowledged that during the Obama administration, he successfully pressured Ukraine to fire its top prosecutor, Viktor Shokin, who was investigating the natural gas firm Burisma Holdings, where Hunter Biden was on the board. Trump and his allies have openly voiced concerns about the now-Democratic presidential candidate's role,  including that he apparently threatened to withhold loan guarantees from Ukraine.

As it happens, Shokin was accused by many in Ukraine and in the West of being overly soft on corruption. But Trump has claimed Shokin “was after” Hunter Biden, suggesting that Joe Biden was out to protect his son.

“I can take the political attacks,” Biden countered Tuesday. “They’ll come and they’ll go, and in time they’ll soon be forgotten.”

“But," he added, "if we allow a president to get away with shredding the U.S. Constitution, that will last forever. This is not a Democratic issue or a Republican issue. This is a national issue and a security issue.”

On Capitol Hill, House Speaker Nancy Pelosi, D-Calif., was expected to announce a formal impeachment inquiry against the president.

There are now 164 House Democrats who have signaled strong support for possible impeachment proceedings. (235 Democrats and 198 Republicans are in the House, with one independent -- and a majority would be required to successfully impeach Trump. An unlikely two-thirds vote in the GOP-controlled Senate would then be needed to convict and remove the president.)

Fox News' Ronn Blitzer and John Roberts and The Associated Press contributed to this report.