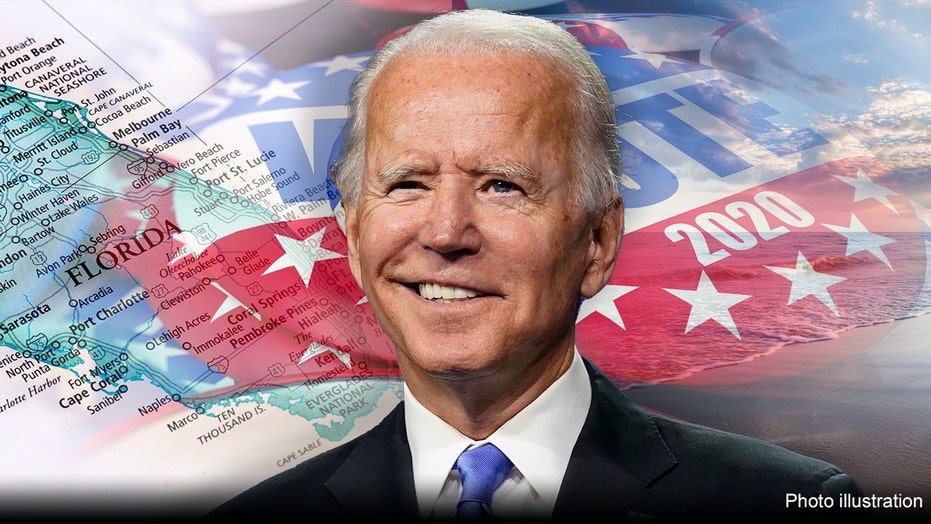 Democratic presidential nominee Joe Biden said Thursday he hopes he can avoid getting “baited” into a “brawl” with President Trump when the two face off against each other in three general election debates in the coming weeks.

“I’m looking forward to getting on the debate stage with Trump and holding him accountable,” Biden said during a virtual fundraiser. “I think I know how to handle bullies. We’ll find out.”

WHEN ARE THE 2020 PRESIDENTIAL DEBATES?

He added: “I hope I don’t get baited into getting into a brawl with this guy.”

Trump and Biden have not hidden their disdain for each other in the deeply-personal race: Trump routinely calls Biden “Sleepy Joe” and questions his mental fitness for the presidency. Biden has accused Trump of being the country's “first” racist president. Both have dismissed each other’s claims.

Biden made the comments to supporters at a virtual fundraiser with the musician Jon Bon Jovi, who kicked off the evening with a rendition of his song “Who Says You Can’t Go Home.”

During his remarks, Biden slammed the president over the revelations in author Bob Woodward’s new book that shows the president downplayed the severity of the coronavirus to the public at the beginning of the crisis.

“This is a man who lied to the American people,” Biden said, adding that Trump’s “failings have not only cost lives, they’ve cost livelihoods and sent the economy into a tailspin.”

Meanwhile on Thursday night, Trump was campaigning in Michigan, where he blasted Biden for admitting earlier that NAFTA was “a mistake” -- despite the fact the Democrat voted for the Clinton-era trade agreement.

“I have the distinct pleasure of running against the worst presidential candidate in presidential politics,” Trump said. “Can you imagine if I lost to him?"