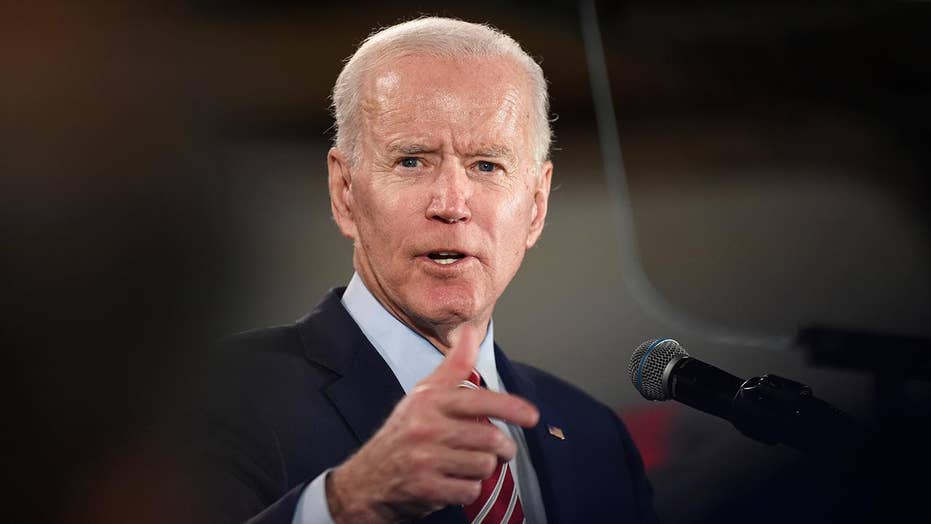 As if his poor results in Iowa and New Hampshire weren’t enough, Joe Biden was met with chants of “Drop out, Joe!” on Thursday night as he left a campaign fundraiser in New York City, according to reports.

Other protesters from the group New York Communities for Change held a mock “funeral” for Biden’s candidacy, featuring a black coffin decorated with Biden 2020 stickers.

DEROY MURDOCK ON BIDEN'S 'INSULTING' PANDERING TO MINORITIES: 'LIKE OUTTAKES FROM 'GONE WITH THE WIND''

Earlier this week, the former vice president’s struggles to connect with voters, despite being deemed the Democratic Party’s front-runner for its 2020 presidential nomination, prompted him to leave New Hampshire early, before the primary results were in, so he could focus on the Feb. 22 Nevada caucuses and Feb. 29 South Carolina primary.

Biden, 77, told supporters in South Carolina on Tuesday that he wasn’t anywhere close to giving up on the race.

“It is important that Iowa and New Hampshire have spoken, but we need to hear from Nevada and South Carolina and Super Tuesday and beyond,” he said. “We haven’t heard from the most committed constituents in the Democratic Party – the African-American community – or the fastest-growing segment of the party, the Latino Americans.” 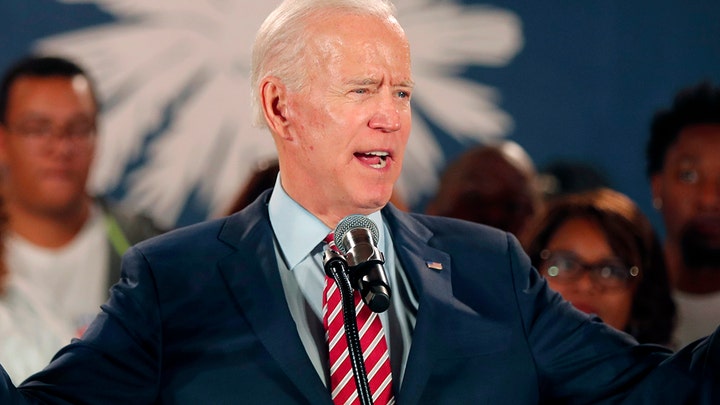 On Thursday night Biden was in midtown Manhattan, courting Wall Street figures as he hoped to raise at least $1 million, the New York Post reported.