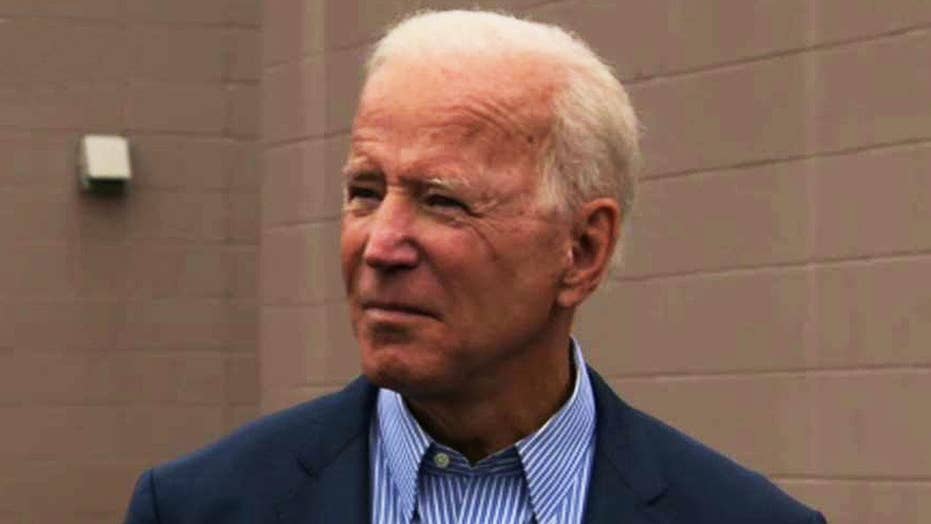 When asked about his plan to convince voters in light of the left-wing Democrat's support of Sanders, Biden smiled broadly and gave a dismissive response.

TOMI LAHREN: AOC SHOULD WORRY ABOUT HER OWN REELECTION, NOT ENDORSING BERNIE

"That's how I do it," Biden said with a chuckle, while campaigning the day after the debate in Ohio.

Ocasio-Cortez is one of three members of the so-called "Squad" of far-left first-year representatives who are throwing their support behind the Vermont democratic socialist. Rep. Ilhan Omar, D-Minn., is backing Sanders, tweeting a statement that Sanders is "fighting for the soul of our democracy," along with a video explaining her endorsement. She touted Sanders' campaign promises, including his vow to cancel student debts.

Ocasio-Cortez is expected to join Sanders at a campaign event Saturday in Queens, N.Y. The rally is called "Bernie's Back," and is meant to spark renewed enthusiasm for the Sanders campaign following his recent heart attack.

So far, there is no indication as to whether the fourth "Squad" member, Rep. Ayanna Pressley, D-Mass., is endorsing any candidate.