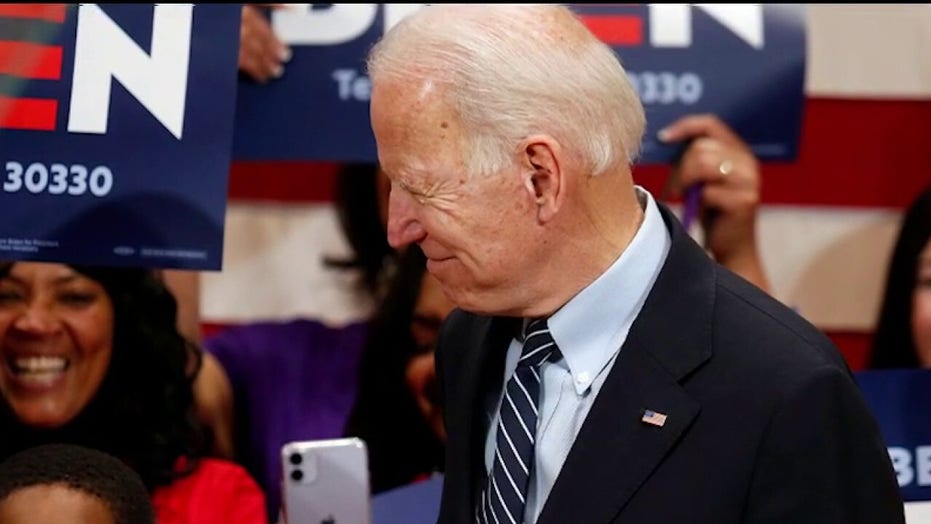 Now, as Joe Biden prepares to deliver a virtual commencement address at Columbia Law School on Wednesday, he also stands accused of sexual assault (which he, too, adamantly denies) along with previously reported incidents of inappropriate touching. The once-vocal advocates for women's rights and the "Me Too" movement at New York City's only Ivy League law school, though, have a starkly different view toward Biden.

Instead, the Columbia Law School's dean, Gillian Lester, issued a statement praising Biden for setting an "example" as a "leader, lawyer, and public servant." Asked to explain the change in tone on campus, the law school's press office declined to comment to Fox News.

However, in one-on-one interviews with Fox News, several Columbia Law School faculty members made clear the topic was a sensitive one -- and that they had no intention of criticizing the presumptive Democratic presidential nominee.

Avery W. Katz, formerly a vice dean at the law school whom Columbia currently bills as a "Professor of Organizational Character," lashed out when Fox News pointed out that he signed the open letter in the Times calling for Kavanaugh's nomination to be pulled in 2018 amid sexual assault allegations. Asked whether he would object to Biden's appearance at the university, Katz responded that the question "didn't sound like a genuine inquiry" and seemed "argumentative."

Katz then separately emailed two senior Fox News executives to complain that the request for comment he received, as well as one clarifying email, amounted to "multiple trolling messages ... under the pretext of a journalistic inquiry."

Katz added that he would block Fox News from contacting him: "I'm going to add [Fox News] to my spam filter after sending this message."

In this April 4, 2019, photo Tara Reade poses for a photo during an interview with The Associated Press in Nevada City, Calif. (AP Photo/Donald Thompson)

Bernard E. Harcourt, who was quoted in The Washington Post as one of the organizers of the open letter opposing Kavanaugh in 2018, said at the time that professors were grappling “with great distress" due to "the unprecedented and unfathomable demeanor of Judge Kavanaugh" during his Senate confirmation hearing. Harcourt didn't respond to Fox News' request for comment Tuesday as to whether he felt similar distress concerning Biden's commencement speech.

Meanwhile, Jeffrey Fagan, a Columbia Law School criminal law professor who also signed the open letter, told Fox News: "My opposition to Kavanaugh was based on his temperament," rather than Christine Blasey Ford's accusation that Kavanaugh had sexually assaulted her in high school.

Kavanaugh at the time accused senators of seeking to "destroy" him and his family using unsubstantiated allegations. He also charged that some were seeking "revenge on behalf of the Clintons," in reference to his previous work on the Bill Clinton impeachment trial. At one point, asked by Minnesota Democratic Sen. Amy Klobuchar if he had a drinking problem, Kavanaugh immediately asked Klobuchar the same question.

Pressed on the apparent focus that many student groups at Columbia Law School had on Kavanaugh's alleged sexual misconduct in 2018, rather than simply his temperament, Fagan asserted that coronavirus might help explain why the law school wasn't up in arms over the sexual assault allegation against Biden.

"I suspect that since most of the students have been gone since mid-March, and their minds have been focused on figuring out how to study for finals during lockdown, and because the 3Ls are worried about whether their job offers are still good, the Biden issues aren't foremost on their minds," Fagan said.

Other faculty members went a step further. Jeffrey Gordon, a capital markets and corporate governance professor, told Fox News in an email that he simply did not believe Tara Reade, the former Biden staffer who says her old boss penetrated her without consent in 1993. Gordon added that Ford's accusations were not the main reason he opposed Kavanaugh.

"My opposition to Judge Kavanaugh's confirmation was not based on the allegations by Dr. Ford, per se," Gordon began, "but rather on:  (1) the lack of judicial temperament appropriate for a Supreme Court Justice as revealed by  (i) his arrogant, self-pitying, partisan, and disrespectful testimony before the Senate Judiciary Committee and (ii) his history as a partisan warrier [sic] in the Special Counsel investigation of Pres Clinton and in the Bush White House, and (2) my belief that his ideological commitments were outside the judicial mainstream."

"I disbelieve the Tara Reade allegations in light of extensive reporting by Vox, Politico, PBS and others," Gordon continued, linking to a Jonathan Chait piece. Chait cites inconsistencies in Reade's story, as well as reports that some witnesses were instructed to mislead.

Similar concerns were raised in Ford's case at the time. Gordon told Fox News, however, that he "tended to believe Ford's allegations."

HOW THE TARA READE EVIDENCE COMPARES TO CHRISTINE FORD'S

Andrzej Rapaczynski, a trusts and estates professor at Columbia Law School, told Fox News that although he is "one of very few Republicans on Columbia law faculty," he has "no intention to participate in any protests against Joe Biden in this matter."

He said his objection to Kavanaugh was "based on the fact that his behavior at the confirmation hearings, especially his entirely inappropriate politicization of the hearings and his baseless claims about their origins in the Clinton camp, showed crude political partisanship and a complete lack of judicial temperament."

Christine Blasey Ford is sworn in before the Senate Judiciary Committee on Capitol Hill in Washington on Thursday, Sept. 27, 2018. (AP)

"I don't see evidence of Joe Biden acting that way," Mitts said. He quoted from the letter he signed, along with nearly 2,000 other law professors and 44 Columbia Law School faculty members, citing Kavanaugh's "aggressive," "discourteous," and "partisan" demeanor.

"I don't see a lack of commitment to judicious inquiry, and I'm not going to pretend to be an expert in all the nuances of what Joe Biden has said or done, but what I've seen in the news is that he has called for transparency, I believe he's called for records to be released," Mitts continued. "He, in my opinion, has not responded to these allegations in the way that Judge Kavanaugh did."

When Fox News pointed out that Biden has not authorized the University of Delaware to release his Senate records, but instead has only sought records from the Office of the Secretary of the U.S. Senate, Mitts said he wasn't sure on the details but emphasized that he is a "huge advocate for transparency."

Earlier this month, an attorney for Reade urged the Office of the Secretary of the U.S. Senate to "reconsider" its decision not to release personnel records due to "confidentiality" concerns -- and called on Biden to voluntarily turn over the large collection of his Senate papers, currently housed on friendly territory at the University of Delaware. The attorney, Douglas Wigdor, authored a Medium post announcing that he had sent a letter specifically urging the Senate to turn over a complaint he says Reade filed in 1993 with the Office of Senate Fair Employment Practices, concerning the alleged harassment she experienced in Biden's office. Biden has maintained that the records held at the university are not relevant to personnel matters.

FOX NEWS EXCLUSIVE: UNIVERSITY OF DELAWARE BOARD MEMBERS IN CONTROL OF BIDEN'S FILES HAVE CLOSE TIES TO FORMER VP

"I'm not following this as closely as you are," Mitts said. "But I will say in general -- and I think what I'm saying is probably a sentiment shared not just by my colleagues, but by law professors around the country -- is we certainly want the truth to come to light. One of the fundamental values of our legal system is due process and care and consideration and evaluation of the evidence."

Mitts went on to assert his colleagues hadn't prejudged Reade's claims. "I don't think there's anyone who I know who upon hearing these allegations reacted in a sort of cavalier, let's just dismiss this -- personally I didn't react that way, I don't think anyone I know did," he said.

At the same time, Mitts acknowledged that universities may have an issue tolerating minority viewpoints on controversial topics. 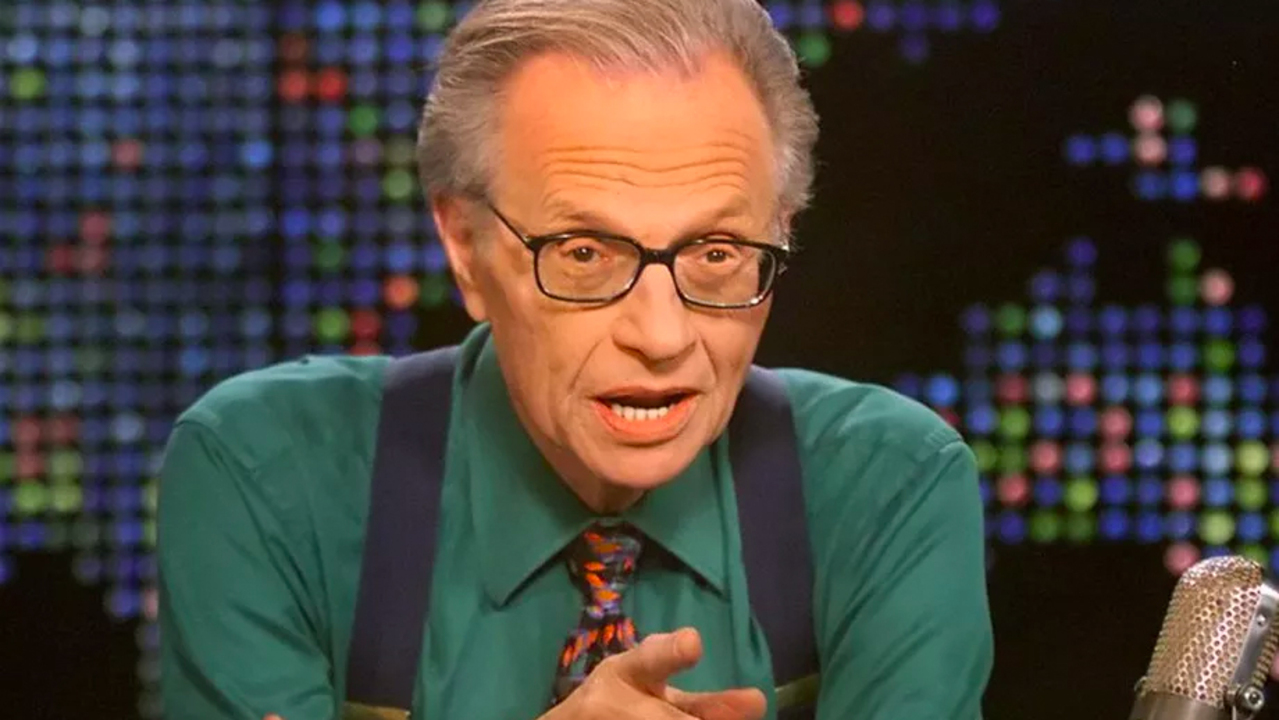 "To the extent that certain ideas are somehow off-limits, we have a major problem in the academy -- and I'm not the first person to say this, I mean, this is something university presidents have spoken to," Mitts conceded. "It is critically important that we debate and discuss all ideas." Social media, Mitts said, played a big role in furthering division at the expense of discourse.

Biden has strongly denied Reade's claims, as Kavanaugh did Ford's. Speaking to the media, he has maintained that he takes women's claims seriously but they should be investigated by the press.

“They should start off with the presumption that they’re telling the truth,” Biden said in one interview earlier this month. “Then you have to look at the circumstances and the facts. And the facts in this case do not exist.”

For his part, Gordon asserted that "it's a complicated and interesting time ideologically" at Columbia Law School, and that there are several prominent conservatives on campus.

"I'd say there is more uniformity on gender equality issues, eg, than on the role of government/distributive issues that historically have separated folks on the ideological spectrum," he said. "Or to be a bit more schematic, imagine a 2x2 matrix, with 'social issues' on one axis and 'economic' issues on the other.  I suspect that a poll would reveal considerable difference on the economic axis and if you made a third axis, 'role of government,' even more difference would emerge."

As students prepared to virtually graduate on Wednesday, with Biden delivering the commencement address, there was one point of broad agreement among the faculty: It was time to celebrate.

"It's a real testament to our students that they have persevered and done tremendous work under these challenging circumstances," Mitts said, and "we're all going to be very excited to celebrate with them."