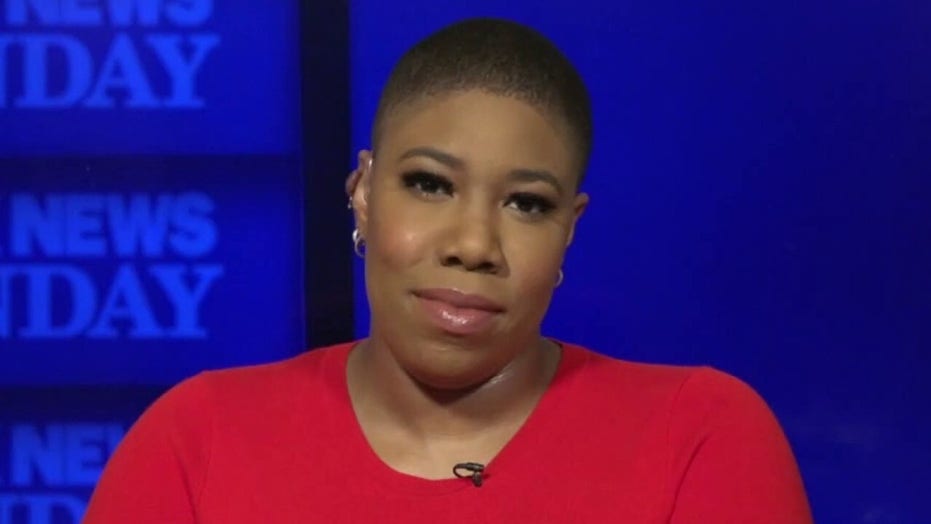 Biden has maintained a relatively low profile on the campaign trail during the coronavirus pandemic, holding occasional virtual events, but has not addressed questions from national media either in person or online. When asked about this by "Fox News Sunday" host Chris Wallace, Sanders began by pointing to Biden's interactions with voters, not reporters.

When asked a second time why Biden has not held a news conference in 80 days, Sanders said that Biden and his campaign "take pride in prioritizing local media."

Earlier in the interview, Sanders took President Trump to task for holding a campaign rally during the pandemic, while defending Biden's support for large-scale protests after George Floyd's death.

Sanders insisted that there is no double-standard, then proceeded to explain to Wallace why it is OK for people to protest en masse, but not for Trump to hold big events.

"There is no double-standard here,” she said. “Protesting is an American right. The American people have the right to go out and raise their voices. The difference here is, Chris, we are talking about the president of the United States -- whose vice president, by the way, heads the White House coronavirus task force -- holding a rally not following their own precautions that his own public health officials have put out."

Sanders said that while citizens have a right to protest, Trump "has to lead" and "has demonstrated in so many times in every sense of the word that he is unable to do so." She saw no problem with Biden campaigning for the presidency while saying the protests are "right and necessary."

Earlier in the program, Dr. Tom Inglesby of Johns Hopkins University expressed concern that both Trump's rally and the protests could result in the spread of COVID-19, although he noted that so far there has not been any indication that the protests have caused spikes in case numbers.