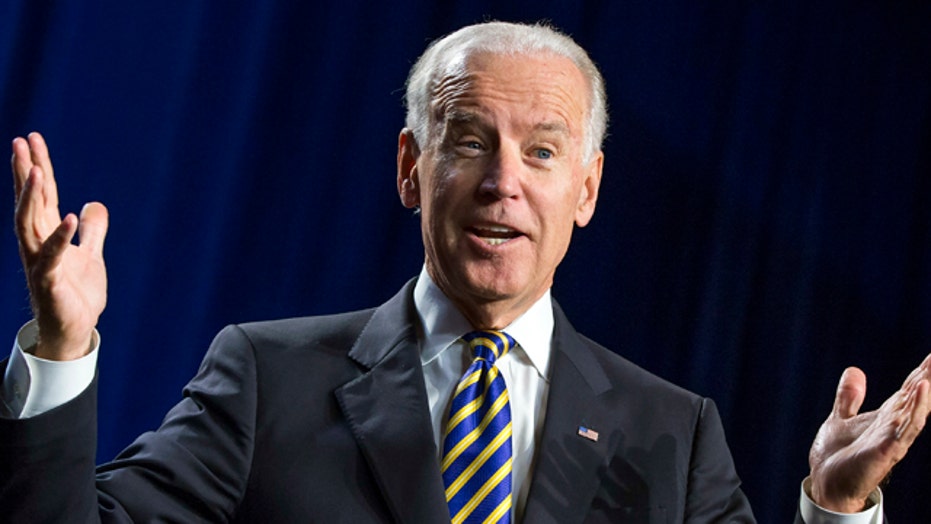 Vice President Biden, speaking to a Democratic women’s forum, had an awkward moment Friday as he praised former Sen. Bob Packwood -- who was forced out of Congress over sexual harassment claims.

The speech was largely devoted to highlighting the need to fight domestic violence against young women. But he also launched into an argument about how Republicans have changed since he was in the Senate, as he made his case for why Democrats need to hold their ground in the midterms.

Problem is, Packwood was forced to resign from the Senate in 1995 after several women accused him of making unwanted or uninvited sexual advances.

Asked about the reference, Biden’s office told Fox News: “Throughout his entire career, the vice president has been a leading voice in the fight to stop violence against women.”

It’s been a rocky week for Biden, who in a speech earlier this week used the term “Shylocks,” which is considered by some to be an offensive term for Jews. Biden later voiced regret for the remarks. He also described Asia as “the Orient.”

Biden used the bulk of his remarks on Friday to tackle domestic violence. He said the administration would be unrelenting "to make it clear that it is cowardly not to step up."

"There is an absolute obligation, a moral obligation, to step up and intervene and say something," Biden said.

Biden, who pushed the Violence Against Women Act in the 1990s as a Delaware senator, said an estimated 1 in 5 college women is attacked and that the new campaign would urge college students to make sure their friends are safe and to intervene before an assault takes place.