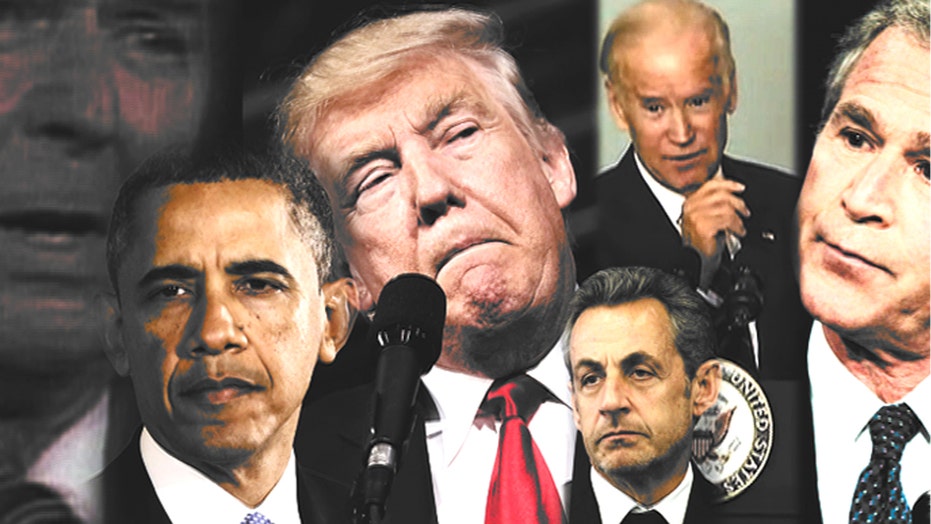 From Trump and Reagan to Biden and Obama, a look at lawmakers who have been caught on a hot mic

Billy Bush allegedly boasted about the now-infamous Donald Trump hot mic tape to NBC staffers as far back as August. But it still took nearly two months – and a leak to the Washington Post – for the politically damaging footage to see the light of day.

So did the network sit on it?

The now-suspended “Today” show host told colleagues during the Olympics in Rio that there was a “tape of [Republican presidential nominee] Trump being a real dog,” The New York Post reported on Monday. Staffers at “Access Hollywood,” the show Bush co-hosted in 2005 when the crude tape was recorded, reportedly began trying to track down the recording after Bush’s brag. Bush did not tell NBC News executives about the tape, The New York Post reported.

“If he knew about the tape, and remembered the full extent of such explosive conversation with a presidential candidate and didn’t disclose that to NBC News, that is a very, very serious problem,” a source told The New York Post.

It's unclear who else at NBC may have been aware of the tape.

NBC News higher-ups first learned of the Trump-Bush footage on Oct. 3, The Washington Post reported. But neither the NBC News division nor “Access Hollywood” immediately broke the story, as corporate lawyers examined the vulgar video. On Friday, with the tape still under wraps at NBC, the video was leaked to The Washington Post, which took just five hours to vet the footage before posting a story about it.

Trump’s 11-year-old comments – describing his attempts to sleep with a married woman and crudely boasting that he could do what he wanted to women because he was “a star” – even "grab them by the p---y" -- immediately set off a public firestorm, with several GOP lawmakers condemning Trump or un-endorsing him altogether.

One prominent Republican, however, questioned the timing of the release, which came just two days before the second presidential debate.

“NBC had tape 11 yrs.,” tweeted Sen. Ted Cruz, a chief primary rival of Trump who had recently endorsed the businessman’s White House bid. “Apprentice producer says they have more & worse. So why not release in 2015? In March? Why wait till October?”

NBC had tape 11 yrs. Apprentice producer says they have more & worse. So why not release in 2015? In March? Why wait till October? #MSMBias https://t.co/WCEEHhZKd6