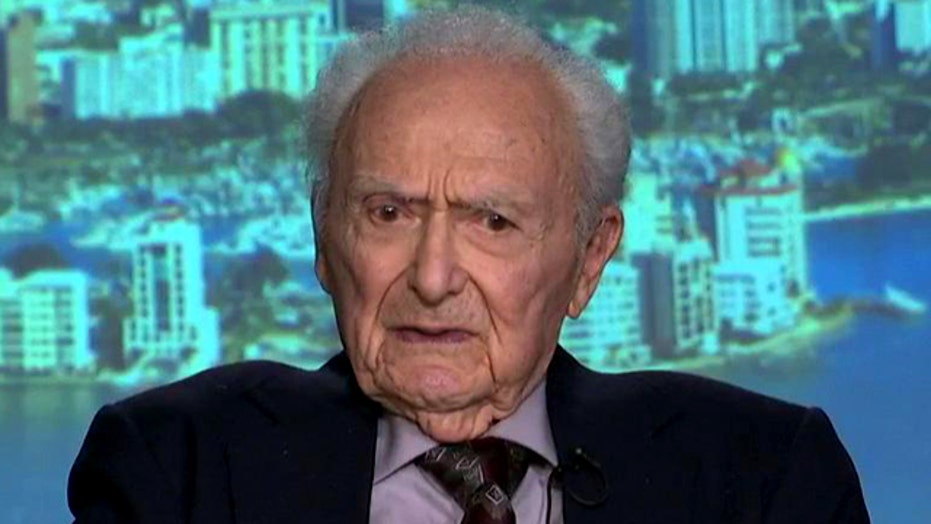 101-year-old running for Congress in Florida

Why has he decided to jump into the mix?

A 101-year-old Florida man is vying to be possibly the world’s oldest freshman.

Centenarian Joe Newman is trying to start a career in politics by running as a write-in candidate for Florida’s 16th Congressional District.

The candidate, who is not running as either a Democrat or a Republican, told Fox News’ Gretchen Carlson he decided to run after becoming concerned with the way Congress is currently operating.

“I listen to what is going on and I am unhappy about the fact that human beings are not being concerned  in the thinking,” Newman said.

Newman said he was particularly concerned after his current representative, GOP Rep. Vern Buchanan, voted to continue the Bush-era tax rates and voted against the health care overhaul.

In a blog on his website, Newman said he knows people may think he is “nuts” for running for Congress at his age, but he believes it is the right thing to do to help the country. He says he wants to serve as a representative for the people, not special interest groups.

“At 101 years of age, a natural term limit exists and I have no designs on a lengthy political career that requires me to sell out my ideals, my values, or my constituents for a potential future payoff,” he wrote.

Newman also said he hopes to lead by example, and that his commitment to serving the people will be noticed and emulated by other lawmakers.

Newman faces the incumbent Buchanan, former NFL star and Democrat Henry Lawrence, and others in the race for the district, which is considered a GOP stronghold.