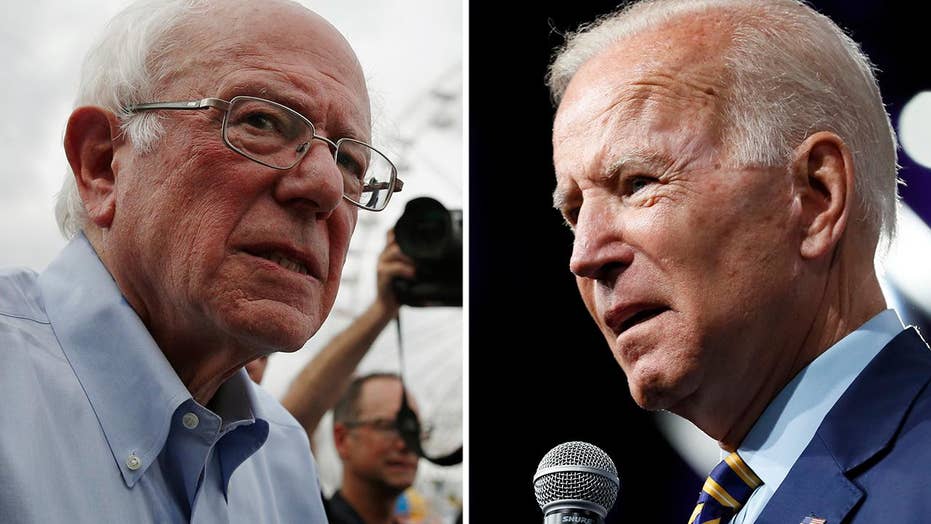 Sen. Bernie Sanders, I-Vt., threatened Tuesday to use billions of dollars in aid to Israel as “leverage” to combat what he called “racism” from the Jewish state’s government, while going so far as to compare America's Israel alliance to its relationship with Saudi Arabia.

Sanders, one of the leading candidates in the Democratic presidential primary race and an increasingly vocal critic of the Netanyahu government, said during a New Hampshire town hall event that the U.S. should take a broader view of the Middle East – and the Israeli-Palestinian conflict in particular – and not always side with Israel.

“The United States government gives a whole lot of money to Israel, and I think we can leverage that money to end some of the racism that we have recently seen in Israel,” he said.

Sanders compared the situation to the United States' alliance with Saudi Arabia, which he called “a corrupt, murderous regime” despite being “good pals of ours” while opposing Iran.

“You can criticize both,” he said.

Regarding the absence of a lasting peace accord between Israel and the Palestinians, Sanders did make clear that he is not blaming only one side.

“The fault is not all with Israel, you have very poor and corrupt Palestinian leadership, but what the goal of the United States has got to be is to bring people in the region together, the Palestinians and the Israelis to create a kind of workable peace which works for both parties, not just one.”

This echoed what the self-proclaimed democratic socialist said in July on the “Pod Save America” podcast, where he said, "Our policy cannot just be pro-Israel, pro-Israel, pro-Israel. It has got to be pro-region working with all of the people, all of the countries in that area.” In that segment, Sanders also made the Saudi Arabia comparison and suggested using aid as leverage.

If elected, Sanders would be the first Jewish president. As such, he insisted at the New Hampshire event that opposition to Prime Minister Benjamin Netanyahu’s right-wing government is not anti-Semitic.

The Democratic Party lately has struggled with how to frame criticism of Israel's government, with some lawmakers accusing members like Rep. Ilhan Omar, D-Minn., of using anti-Semitic language in suggesting Israel supporters in America are bought. She and congressional allies have also likened boycotts of Israel to boycotts of Nazi Germany.

The U.S. State Department recently updated its definition of anti-Semitism to include, "Drawing comparisons of contemporary Israeli policy to that of the Nazis."

Sanders has not used such language. But his accusations that the Netanyahu government is racist have drawn a rebuke from pro-Israel lobby AIPAC, which earlier this year tweeted in response: "Name-calling by political leaders against the democratically elected government of Israel is counterproductive to maintaining close ties and advancing peace."