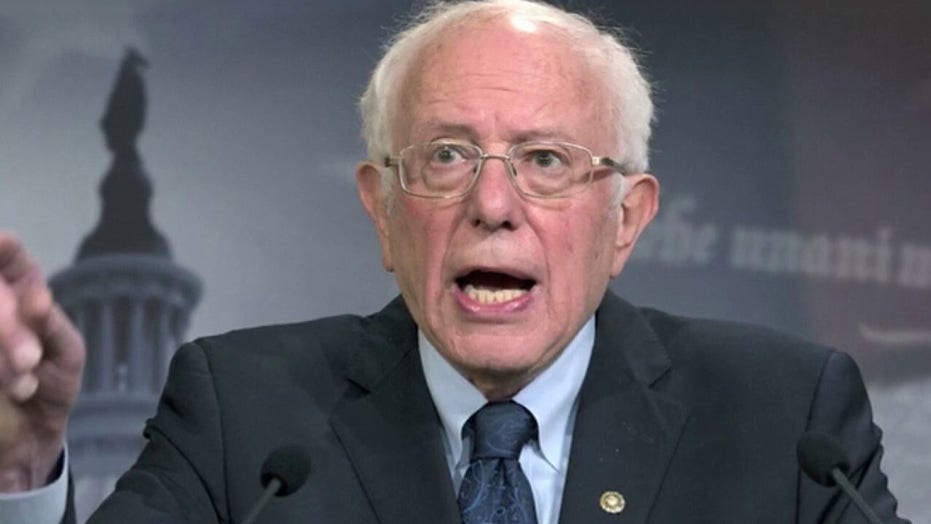 Should Biden be more clear with his messaging? Reaction on 'Outnumbered.'

Sen. Bernie Sanders, I-Vt., announced Wednesday he plans to hold a news conference Thursday regarding what he described as President Trump's “threats” to democracy in the presidential election.

“This is what an authoritarian sounds like,” Sanders said of Trump’s Wednesday comments that he would have to “see what happens” with the election before committing to a peaceful transfer of power.

Sanders tweeted he would give an address on the “unprecedented and dangerous moment we are in right now given President Trump’s unique threats to our democracy” at 1 p.m. ET Thursday.

Trump told reporters at the White House briefing, “Get rid of the ballots and you’ll have a very peaceful — there won't be a transfer, frankly. There will be a continuation,” repeating an unsubstantiated claim about potential widespread mail-in voter fraud.

Sanders also told The New York Times on Wednesday that he planned to spend the final six weeks before the election attempting to galvanize voters and warning them of a potential “nightmare scenario” in which Trump declares himself the winner of the election regardless of the results.

“We are living in an unprecedented and dangerous moment — extremely dangerous moment — in American history,” the U.S. senator from Vermont told the newspaper. “And what this speech is going to be about is whether or not the United States of America will continue to be a democracy and a nation ruled by law and our Constitution.”

Trump has consistently trailed Biden in most polls but was tied or narrowly leading the former vice president in some recent battleground state polling.