U.S. Sen. Bernie Sanders’ message of income inequality resonated with many voters in 2016 -- and now the senator himself may know how the other half lives.

A financial disclosure document filed in May shows that the indepedent lawmaker from Vermont made more than $1 million in 2017, given him income of that figure or more for the second year in a row, VTDigger reported.

Most of that income – $885,767 – came from cash advances and royalties for his 2016 book, “Our Revolution,” which recounted the Sanders' failed bid for the Democratic Party's presidential nomination.

The remaining $174,000 of Sanders' income for last year came from his Senate salary. 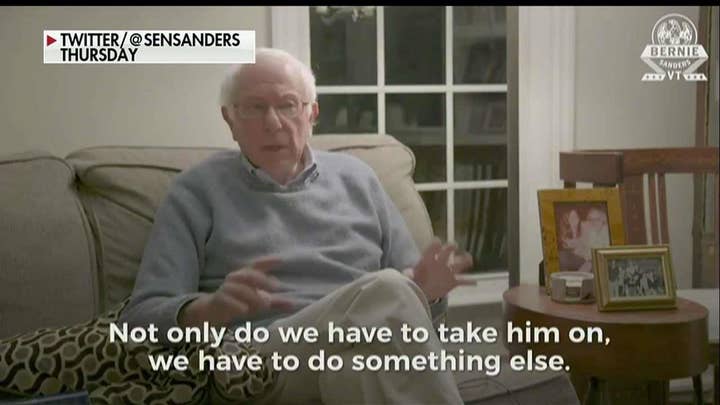 Sanders has long brandished his credentials as one of the “poorest” members of Congress to rally against income inequality, a threat the senator has called “the great moral issue of our time.”

But the senator’s income places him high above the national threshold for qualifying for the so-called "One Percent," the group of super-wealthy individuals that is supposedly knocking U.S. society out of balance.

According to a 2013 Economic Policy Institute report, a family needs an income of $389,436 to be in the top 1 percent nationally.

When asked by VTDigger whether Sanders’ income damages his credibility as an advocate for average Americans, the senator’s senior political adviser dismissed the question as “ridiculous.”

“Bernie Sanders continues to fight for working-class people across this country, so I think it’s a pretty ridiculous question,” Jeff Weaver said.

“Bernie Sanders continues to fight for working-class people across this country, so I think it’s a pretty ridiculous question.”

Sanders is reportedly working on a follow-up book, titled, “Where We Go from Here,” scheduled for an Oct. 30 release.

Sanders’ socialist “authenticity” has been challenged before.

In the months leading up to the 2016 presidential election, the senator was criticized for purchasing a vacation home – his third at the time – in upstate Vermont, for $575,000.